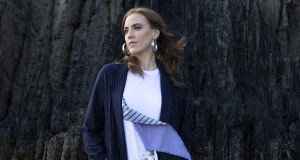 The National Library of Ireland will be welcoming Dil Wickremasinghe to interview Louise O’Neill about her new book, After the Silence 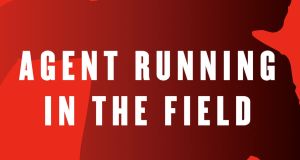 Agent Running in the Field by John le Carré is tomorrow’s Irish Times Eason offer. You can be the spymaster’s latest thriller for €4.99, a saving of €4, when you buy The Irish Times in any Eason branch.

Our reviews include Lara Marlowe on Blood and Oil: Mohammed bin Salman’s Ruthless Quest for Global Power; Andrew Gallix on Heidi James’s The Sound Mirror; Mia Levitin on Elena Ferrante’s The Lying Life of Adults, translated by Ann Goldstein; Sinéad Gleeson on Approaching Eye Level by Vivian Gornick; Niamh Campbell on Mayflies by Andrew O’Hagan; Paul Clements on local history; Declan Hughes on the best crime fiction, including new works by Richard Osman and Louise O’Neill; and Sarah Gilmartin on A Ghost in the Throat by Doireann Ní Ghriofa.

Husband and wife Peter Sirr and Enda Wyley have set up a podcast called Books for Breakfast, an upbeat, wide-ranging podcast about fiction, nonfiction and poetry. It features a Toaster Challenge Slot, where guests talk about a book that has meant something to them for the length of time it takes to make a slice of toast, starting with Christine Dwyer Hickey on Colum Mc Cann’s Apeirogon. Enda has interviewed Peter about poets he loves, including Lars Gustafsson, Julie O’Callaghan, Francis Ponge, Charles Simic and Jeremy Hooker. Enda also talks to Peter about books she has been reading and enjoying.

The podcast comes out every Thursday and this week’s Toaster Challenge guest is journalist and broadcaster Olivia O’Leary, who talks about Kate O’Brien; A Writing Life, a biography by Eibhear Walshe. Books for breakfast is available on Spotify and all the usual podcast apps and at booksforbreakfast.buzzsprout.com

Little Island Books will publish the debut children’s book by Booker-longlisted Belfast novelist Sam Thompson in 2021. Publisher Matthew Parkinson-Bennett acquired world rights from Eleanor Birne at the Pew Literary Agency. Little Island founder and consulting publisher, Siobhán Parkinson, described Wolfstongue, about a boy who befriends a family of wolves tormented by foxes, as “the most exciting manuscript from a debut children’s author we have read in a decade of publishing”.

The Irish Writers Centre has announced Madeleine Keane, Yan Ge and Rick O’Shea as the judges of Novel Fair 2021. Novel Fair offers unpublished writers the chance to pitch their manuscripts directly to top publishers and agents from across Ireland and Britain. Previous winners include Michelle Gallen, who was recently shortlisted for the Comedy Women in Print Prize for her debut novel Big Girl, Small Town, which was picked up at Novel Fair 2019. The deadline to enter is September 25th.

Acting Director Hilary Copeland said: “We are extremely happy to have Yan Ge, Madeleine Keane, and Rick O’Shea judging this year’s Novel Fair. They’re hugely respected in the literary scene in Ireland. They bring their collective experience as creative practitioners to the competition and individually, their expertise as a writer, a journalist and a broadcaster. We’re delighted they will bring their passion and knowledge for writers and writing to the Novel Fair selection process.” For details, email events@writerscentre.ie

The International Dublin Writers’ Festival is online this year with an expanded program of video talks for writers, including from the award winning Niamh Campbell, Ivan O’Brien, publisher at O’Brien Press and many others. The online event, Sept. 11th-13th, will also feature a live & online “novel pitching” session to a leading UK literary agent. See the details at: internationaldublinwritersfestival.com