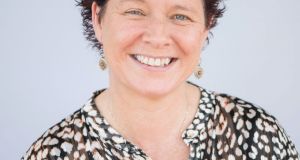 George Gibney’s liberty is a stain on Irish society. We know this. We’ve known it, on some level, for more than a quarter of a century. The fact that he was able to abuse young swimmers and escape conviction for his crimes is depressing in and of itself. That he was later able to find safe passage to a new life in the US, to live out his days unruffled by the destruction he left in his wake, is enough to turn your stomach.

We did this. Don’t be in any doubt about it. We did it through our system of justice, which in its wisdom and in our name let Gibney slip through the cracks to walk free. We did it too through our history of deference towards figures of authority, our disinclination to believe the worst of people in top positions. Gibney was the most famous sports coach in the country for a while – the gall of him to abuse children while carrying such a high profile was equalled only by the latitude Irish society conferred upon him at the time.

7 Coronavirus: 358 new cases and 18 further deaths reported in the State

15 It’s as if censorship were back: Why Ireland can’t watch Wild Mountain Thyme this month

17 Q&A: Where do we stand on AstraZeneca vaccine now it is restricted to over-60s?

18 How supermarkets trick us into buying unhealthy food, and what we can do about it

25 Mary Coughlan revisits her past: ‘It was everywhere. Bags of cocaine, champagne and tequila’

33 ‘Fame? If you have any personal demons, you’re quite not prepared for it’

35 Up to 15,000 vaccinations cancelled today following advice on AstraZeneca jab

36 From First Dates to Naked Attraction: The couples who found love on TV dating shows

37 Evictions can recommence from April 23rd

39 Louis Theroux: ‘I worry about giving offence, being judged, not coming up to scratch’