A Treatise on Northern Ireland: Tearing up myths about the Troubles

Brendan O’Leary’s three-volume book is a comprehensive and essential guide to the North: past, present and future 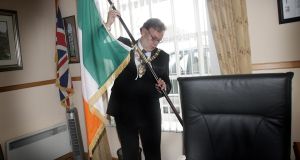 No reader should feel intimidated by Brendan O’Leary’s three-volume A Treatise on Northern Ireland. As accessible as it is erudite, it bears comparison with JJ Lee’s classic study of failure, Ireland, 1912-1985: Politics and Society (1989), which secured a wide readership. Here, the temporal span is longer – O’Leary, Lauder professor of political science at the University of Pennsylvania, peers back into the 16th century and predicts into the 2020s and beyond. And while the great failure of 1920-21, partition, gives the book its subject, it also concerns success – the Good Friday Agreement of 1998.

O’Leary’s Treatise arrives as an early 100th birthday present for Northern Ireland: the centenary of the Government of Ireland Act is in December 2020, and that of the opening of the Belfast parliament in June 2021. Yes, that parliament was prorogued in 1972 and then abolished in 1973, and the Act repealed in 1998, but the North is still with us.

9 Covid-19 advice sent by text to 1,511 arrivals from Brazil amid new strain

11 Nuns who ran the Bessborough home in Cork sold part of site for €6.85m

14 ‘I’m the meme queen’: A QAnon digital soldier marches on

24 Joe Biden’s presidential inauguration: Where can I watch, and what are the key moments?

29 Vaccine should not be given to people close to death, says HSE

32 Warming curry bursting with flavour but not the fat

37 Book on disappearance of Noah Donohoe referred to Attorney General

38 Homeschooling is an utterly unworkable solution for so many