A Silent Fury: The ugly truth about the El Bordo mine fire 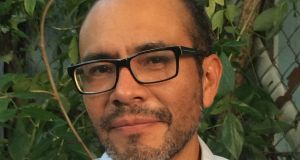 In his seminal non-fiction novel In Cold Blood, Truman Capote chronicled the murder of four members of a family in a small-town Kansas farming community in 1959. Herb Clutter, his wife Bonnie and two of their children were murdered by two ex-convicts who mistakenly thought there was a safe in the house with large amounts of money. The murderers were arrested, convicted and sentenced to death.

Capote’s book, first published as a series of New Yorker articles in 1965, is interested in the story behind the headline news. In Cold Blood is not a whodunnit but a why and wherefore. Capote spent six years researching the book, conducting interviews with investigators and townspeople that resulted in thousands of pages of notes. (He had help from his friend and fellow author Harper Lee.)

1 Ireland could lose out as France lays claim to most of €5bn Brexit compensation fund
2 Ranelagh’s brand new street with three-beds from €1.325m
3 Miriam Lord: The Dáil's answer to John Wayne overcooks the ham slice, by slice, by slice
4 Newton Emerson: Joe Biden’s Brexit remarks show an opportunity for unionism
5 Breakfast in Ballsbridge: When Audrey Hepburn met her dad in Dublin
6 Majority of Covid-19 outbreaks in last week were in private houses
7 Boy (4) left in hospital for over two years due to Tusla and HSE failings, report says
8 The Crown’s Josh O’Connor: ‘I’m a republican. I’m not interested in the royal family’
9 Q&A: What restrictions are going to be lifted next week?
10 We have finally reached saturation point over Fairytale of New York debate
11 State may face €1bn in compensation in Covid-19 case, Press Up claims
12 Covid-19: Decision time on reopening plan as Varadkar questions cross-Border travel
13 Two men found dead in Dublin city centre
14 How I managed to cut my mobile phone bill by at least a half
15 Keith Duggan: Through the glories and the disgraces, we were all Maradona addicts
16 Fiona Reddan: Who’s afraid of Revolut? Not AIB and BOI it seems
17 McEntee controversy: What has happened, what will the minister be asked and how did we get here?
18 Publican blames Covid-19 as Dublin’s Dice Bar to shut for good
19 ‘Being in Ireland feels like winning the lottery’: Syrians arrive after delay due to Covid
20 Ireland must beware as digital tax reform enters critical phase
21 Varadkar says crossing Border may not be advised even when Covid travel restrictions lift, sources say
22 Trump pardons Michael Flynn, who pled guilty to lying to FBI
23 Lahinch Golf Club runs out of its own cash after €3m Covid-19 hit
24 Science explains why your diet plan may not be working for you
25 Half hour of exercise offsets risks caused by sitting too long – WHO
26 Leaving Cert students ‘face burnout’ from constant testing in class
27 Michael J Fox: ‘In the wheelchair, I’m luggage. No one listens to luggage’
28 Rugby Stats: Blame game at lineout time is on the whole team
29 Shops, hairdressers and hotels expected to reopen next week
30 School leggings controversy: Anatomy of a social media firestorm
31 Diarmuid Martin’s successor must be cut from the same cloth
32 ‘I can’t live with the thought of being locked down with him’
33 Son putting elderly dad under pressure to sign over land
34 Louise O’Neill: ‘Fairytale of New York makes me grit my teeth’
35 Metro South may be back on table as transport plans for Dublin are reviewed
36 Diego Maradona dies of heart attack, aged 60
37 Psychiatric nurses to demand all money from hospital sale go to mental health service
38 Fine Gael’s rising star Helen McEntee faces most serious crisis of her career
39 Members of public urged to report pollution as Cork farmer fined €8,000
40 Dáil passes significant Bill aimed at mitigating impact of Brexit
Real news has value SUBSCRIBE