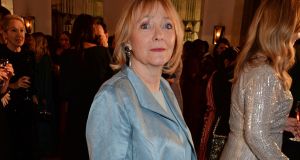 When Lennie Goodings arrived in London from Canada in 1977, she had a temporary working visa for visiting “the mother country”. After a short while, she landed a part-time position at Virago, a recently-established feminist press running off a low-budget and a lot of dedication. Eventually, Goodings would become the Publisher at Virago, one of the most influential and renowned presses of the 20th century. A Bite of the Apple tells the history of over 40 years of the publishing house, through its books, its characters, its finances, and its drama. It is part memoir, part history, and part an exploration of feminism, publishing, and the place of literature in affecting social progress.

The founder, Carmen Callil, is a colourful presence: determined, strong-willed, occasionally difficult, but always highly-effective. Goodings, at the start of the book, recalls asking Callil: “Why did you start Virago?” She looks up and, without missing a beat, replies, “To change the world, darling. That’s why.” Nearly 4,000 books and a list of 1,000 authors later, it is undeniable that Callil and the ‘Viragos’ achieved their mission. In fact, looking back over the list of writers discussed here, it is unthinkable to imagine the literary landscape of the West without them: contemporary writers such as Margaret Atwood, Marilynne Robinson, Angela Carter; classics by writers such as Kate O’Brien, Vera Brittain, Willa Cather, Edith Wharton, and Zora Neale Hurston. That these names and their works are thankfully so fundamental to our canon is a testament not only to how effective Virago are, but also to how necessary their intervention was.

1 Taoiseach has confirmed schools will reopen at the end of August
2 We need to pay very close attention to what is happening in Britain now
3 Garda to scale down Covid-19 enforcement for June bank holiday
4 The strain is starting to tell on Brendan O’Connor
5 Boris Johnson had little choice but to back Dominic Cummings
6 Michael Smurfit: ‘I asked Trump to invite me to the White House for my 80th birthday’
7 Coronavirus: Further six deaths reported along with 39 new cases
8 ‘Do I really care?’ Woody Allen comes out fighting
9 ‘Wiggle like a snake, waddle like a duck’: Hucklebuck singer Brendan Bowyer dies at 81
10 Minnesota police release CNN reporter arrested live on air
11 Covid-19: Between six and 12 per childcare ‘pod’ when sector re-opens
12 What exactly will happen in phase two of easing restrictions?
13 Turbocharge your barbecue: Tips from the pros for cooking over flames
14 Twitter accuses Trump of ‘glorifying violence’ after Minnesota ‘shooting’ tweet
15 Trump says, ‘I have the best words.’ Now this comedian’s going viral for lip-syncing them
16 Sideline Cut: Vignette shows why Bird is the true shark in The Last Dance
17 Small businesses are cannon fodder in zealous anti-virus experiment
18 Household savings soar as consumers stop spending
19 Elon Musk’s SpaceX suit: James Bond meets James T Kirk
20 Those involved in Kinahan crime group were paid €20,000 to set up a ‘hit’ – court
21 ‘I’m so lucky to be in the Caribbean – a million miles from Derry Girls’
22 Poorest households in Ireland see biggest increase in Covid-19 cases – CSO
23 Private hospitals ‘takeover’ by State will not be extended past June
24 Universities are preoccupied with market growth as if educators were stocks and shares
25 Q&A: How many days a week will children be able to attend school from late August?
26 Fintan O’Toole: Trial runs for fascism are in full flow
27 Coronavirus: Universities plan to limit student access to campuses
28 Quarantine may be lifted for arrivals into Ireland from countries with low Covid-19 cases
29 New rules for arrivals to Ireland start today - what is changing?
30 Lockdown must be eased to stop Ireland returning to the 1980s
31 All students will not return to school even if social distancing relaxed – McHugh
32 Irish business of Carluccio’s restaurants to be wound up
33 The old man and the sea: A view from Dublin’s shoreline
34 Woman loses damages claim over BreastCheck screening
35 ‘Maybe I was arrogant thinking Covid-19 wouldn’t affect me as badly as it did’
36 Farrell and O’Connell provide insight into changes in Ireland’s analysis
37 What do you do when you meet a bear on a walk? Copy this 12-year-old
38 Tax and the Pandemic Unemployment Payment: Your questions answered
39 Return of cross to rebuilt Prussian palace vexes some Berliners
40 Lady Gaga: Chromatica review – A star is reborn in this return to fully fledged pop
Real news has value SUBSCRIBE