Consolation and life in literature: Nicely written, very readable, with many great insights, some essays are substantial, some a bit throw-away 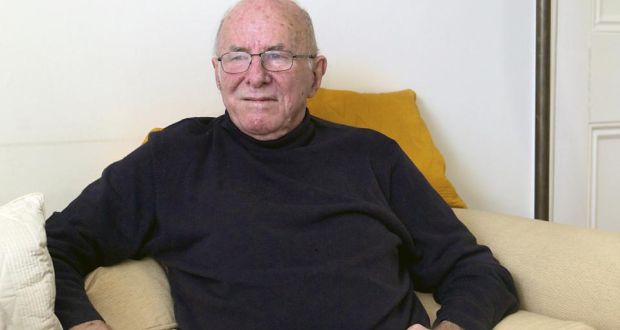 Clive James has written more than 30 books, including novels, literary criticism and poetry. In 2010 he was diagnosed with terminal leukaemia. The news made him wonder “whether it was worth reading anything new and substantial, or even re-reading anything substantial that I already knew about”.

But James, whose career as a writer has been overshadowed by his time as the high-profile presenter, in the 1980s and early 1990s, of Clive James on Television and other series, quickly decided that “if you don’t know when the lights will go out, you might as well read until they do”. The essays in his collection prove that this was a wise and life-enhancing strategy.

The consolation of literature for those coming face to face with serious illness and death has been recently described by the great Swedish writer of detective novels, Henning Mankell, in a collection of essays documenting his experience of lung cancer, and the books he has been reading during a year of treatment. Kviksand (Quicksand), his book on the subject, has not yet been translated to English, but some of the essays appeared in translation in the Guardian last year, and they’re well worth reading.

Mankell found initially that he had no desire to read new fiction but found comfort in old familiar works, the classics (starting with Robinson Crusoe, a book I can recommend to anyone who needs a bit of encouragement in the face of trauma).

James has been less systematic, or less choosy. He read new books as well as old favourites. He describes how, even though his illness necessitated a move to a smaller house, meaning he had to get rid of half of his library, he was soon adding to his collection. “I made a vow to myself . . . that my book-buying days were over. But with the renewed urge to read came a renewed urge to buy.”

He recounts how he limps the half mile from his new, already book-packed, home into Market Square in Cambridge, on Tuesdays and Thursdays, to Hugh’s bookstall, to browse and usually buy.

Bibliophiles go on buying even on their deathbed, I have had occasion to notice. Acquiring books is an obsession for them, like gambling or smoking. (It comes as no surprise to me to read that James once smoked 80 cigarettes a day.)

This collection of essays is haphazard, as James blithely admits. Yale University Press “kindly” asked him to compose a book about whatever he happened to be reading, and he has done just that. His selection is “in no particular order”, his reading habits not unlike those of a bookish child during the summer holidays.

A bookish child reads Enid Blyton one day and Charles Dickens the next, about Nancy Drew, or Wuthering Heights. Latest Reading conveyed to me a sense that a fatal illness may let you off the hook, presumably if you’re not suffering too much. Like a child on holiday in a library, James has been delightfully free to read and write whatever he likes, as “the time approaches for you to do the most adult thing of all: vanish” – to quote one of the casually brilliant and memorable lines in the book.

So, he writes lightly, personably, and very cheerily, about Hemingway, Conrad, Patrick O’Brian, Kipling, Sebald, Hitler, Shakespeare and many, many others, including writers I’m unfamiliar with.

All too typically, given that this dying reader is male, women writers scarcely figure. He extols to the skies one he has discovered recently: “I suppose the big find, among those books truly new to me, was Olivia Manning’s set of two trilogies; and the shock of pleasure that her writings delivered to me is recorded here with due prominence.” Indeed the essay on Manning is one of the best in the collection and will send you straight to her books.

But, apart from extolling a few women directors in a piece on women in Hollywood, his final choice of reading suggests that when it comes to books, he rates only men. A reference to a biography of John F Kennedy by Sally Bedell is telling: “I bought it because it would make a good birthday present for my younger daughter.” We’ve all met men who say, in all seriousness, to women writers: “I bought your novel for my wife.” Fatal cancer doesn’t cure sexist blind spots.

Nicely written, very readable, with many great insights, some essays are substantial, some a bit throwaway. But he is perfectly aware of this, and what emerges above all are the humour and cheer with which he writes. His intellectual energy, fired by books, is irrepressible, even in the face of terminal illness.

Unlike Mankell, in what is a rather similar book, James is extremely reticent in describing his illness or treatment. Was he always physically able to read? (Mankell wasn’t, due to side-effects affecting his tear ducts.)

His restraint is understandable, but the book might have been even more interesting, and more coherent as a volume, if he had given it a thread of autobiography. (It turns out that James’s doctors have been able to manage his cancer very well, to the extent that the 75-year-old joked to Robert McCrum of the Observer recently that “the end is nigh, but not that nigh”.)

As it is, reading the book is like mooching around a second-hand bookstall, a “classy” one, to use one of James’s pet adjectives. Or like eavesdropping on a well-furnished mind in cheerful colloquy with itself.

His amused, unpretentious, loving commentaries on the books he continues to enjoy are heart-warming and comforting. The volume is a ringing endorsement of the solace of good literature. When all else fails, if you love reading you are a lucky human being.

Éilís Ní Dhuibhne’s latest book is Aisling (Cois Life). New short stories will appear in Sinéad Gleeson’s anthology, The Long Gaze Back, and Belinda McKeon’s A Kind of Compass, both due in the autumn