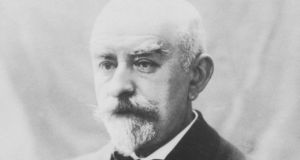 This novel is evil. I read it in Bolivia, and that same evening I ate a portion of San Pedro, the hallucinatory cactus that grows on the altiplano. I spent the night cowering in the corner of the room, as JK Huysmans’s cadaverous vision suffocated me with tentacles of unspeakable hideousness. To say it got under my skin will not suffice: it got into my soul, and never quite left. With his portrait of Des Esseintes - an impotent aristocrat so disgusted by modern life and human stupidity that he retreats into solipsistic, rarefied sensualism in a chateau on the edge of Paris - Huysmans drags the reader into an airless and morbid universe. The exhaustion and spleen that choke these pages feel not local but ontological. You can’t go in there and remain unscathed.

Huysmans’s fuck you to humanity marked his break with the naturalist movement, and the apex of French decadence. À rebours was a scandal not only for its disturbing content, but for its plotless defiance of novelistic convention. At the outset, Des Esseintes is “utterly alone, completely disillusioned, abominably tired; and he longed to make an end to it all”. He doesn’t like other people: “the human face as glimpsed in the street had been one of the keenest torments he had been forced to endure.” Logically enough, he is the novel’s only character.

In the pitch of its misanthropy and its aura of utter damnation, À rebours strikes me as a kind of 19th-century American Psycho - the type of book that hangs over the culture like a bad smell. Its chapters detail the ever-more refined means by which Des Esseintes stimulates his jaded nervous system. There are flowers; there is perfume; there is classical literature and symbolist poetry; there is a tortoise whose shell is encrusted with diamonds.

Absurd? More than a little. And yet, sequestered in our private digital cocoons, relieved at no longer having to face our neighbours, we’ve all gone a bit Des Esseintes lately. “Nature, he used to say, has had her day.”