We are working with Aosdána on reforms that will benefit artists

Fintan O’Toole's attack on Prof John O’Hagan and on the Arts Council were unfair. Like Aosdána, we want to see that artists and their work are not just valued but invested in 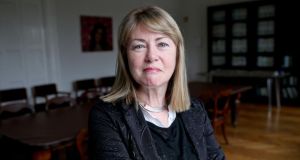 Sheila Pratschke: Perhaps Fintan O’Toole, writing here last week, believes that the Aosdána cnuas gives artists a lifelong guaranteed income. It does not. It is a grant with a five-year commitment subject to Government funding

Over the past three years the Arts Council has negotiated with Government to win increased funding of some €8 million. We have emphasised our commitment to artists across the arc of their careers, devoting considerable thought and discussion to how to support younger artists while sustaining mid- and late-career artists with more developed practices.

Artists who both belong to Aosdána and qualify for its cnuas grant form a significant percentage of the total number of artists supported individually by the Arts Council. This grant was not reduced, and council members have never envisaged nor proposed any diminution of the budget allocated to Aosdána.

One issue has attracted a startling level of attention: the proposal to change the wording describing an artist who qualifies for the cnuas grant

In fact there have been no changes in relation to Aosdána or the cnuas. In late 2015 the Arts Council embarked on a consultation process with the toscaireacht of Aosdána, the 10-person committee that oversees the organisation’s administration and its assembly, driven by our belief in the need for reform. We invited its members to submit a discussion document or commit to a working group; both options were rejected in favour of the Arts Council first putting forward its suggestions and concerns. This document was presented to Aosdána in November 2016 with a view to starting the discussion. One issue has attracted a startling level of attention: the proposal to change the wording describing an artist who qualifies for the cnuas grant.

An artist elected to Aosdána carries that honour for life. An artist who qualifies for a cnuas must fulfil other criteria. She or he must reside in Ireland; prove, by providing an annual tax-return certificate, that total income, including cnuas, does not exceed €42,000; and prove that she or he is a full-time working artist. We felt that the final condition militated against artists and left them open to accusations that they could not be described as full-time working artists if they earned some part of their living doing other things. Our focus was on the phrase “full time” and, given the freelance nature of so much of the arts sector, on softening that definition.

Unfortunately, despite a clarification to the toscaireacht of Aosdána, all comment has focused on the word “productive”. The Arts Council works with thousands of artists in different disciplines and is not proposing any simplistic definition of “productivity”: we assume that working artists are productive as they prepare, develop and complete projects. Our concern is for artists, their wellbeing, and the health and diversity of the arts sector.

Our discussion document met with an extremely negative response. So the Arts Council agreed that our conversation should begin again from scratch

Our discussion document met with an extremely negative response. The Arts Council therefore agreed, in January 2017, that it was no longer useful and that our conversation should begin again from scratch. This document, the subject of much media and Aosdána comment, has been off the table since. And no changes have occurred.

Every artist in receipt of our public funding is asked to provide a description in advance of the work they want to do, and a report at the end on what they have achieved. This is done by the laureates for Irish fiction and for children’s literature, and by the holder of the Ireland chair of poetry, as well as by all other artists. They don’t find it intolerable or unfair. For many years artists in receipt of the cnuas have likewise reported on their work. We see no reason to change this requirement.

Perhaps Fintan O’Toole, writing here last week, believes that the cnuas gives artists a lifelong guaranteed income – in other words a pension. It does not. It is a grant with, unusually, a five-year commitment subject to Government funding. Artists report on achievements and plans, and the Arts Council publicises the success of Aosdána members as part of its advocacy for the value of State funding for the arts. This allows us to argue for an increased arts budget.

In the case of older Aosdána artists who receive the cnuas but are no longer able to work, we propose a different grant, to supplement their entitlement to the contributory or noncontributory pension, so ensuring that no individual suffers a material loss in older age. Again, this is an area that we plan to discuss with Aosdána.

Last week Fintan O’Toole made an unfair attack on Prof John O’Hagan and on the Arts Council on the subject of measurement. We have introduced a whole range of ways of evaluating the outcomes of our investment in the arts, assessing the output, the impact and the importance of the arts in Ireland, as well as the central role played by artists in our society. These range from the easily measurable, such as audience and visitor numbers, through assessment and adjudication by peer panels (which always involve artists in the assessment process) to ESRI research on the importance of engagement with the arts for children and young people, and the much more subtle artists’ narratives of their work, which convey the difficult concepts of the “intrinsic”, “essential” or “core” contribution of the arts to the lives of citizens.

The council’s new strategy and its success in increasing the budget for the arts over the last number of years mean that we are reviewing how we support the arts in Ireland. Like Aosdána, we wish to see that artists and their work are not just valued but invested in. Aosdána is a crucial part of the Arts Council’s strategy, which the Government has backed. How will it adapt to the changing profile of its membership, to the situation of artists in non-Aosdána disciplines, and to the different demands of making art in the coming decade?

We have sought meetings with the toscaireacht of Aosdána, without any preconditions, to discuss its part in our strategic plans. We look forward to working with them, on behalf of the members of Aosdána, on reforms that will benefit artists and the people of Ireland.

Sheila Pratschke is chair of the Arts Council