Zen and the art of maintaining cultural ties 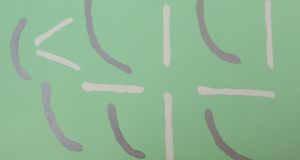 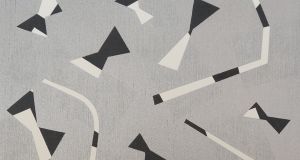 Two Group Exhibitions. SO Fine Art Editions, Powerscourt Townhouse Centre, Dublin; Taylor Galleries, Kildare St, Dublin. Until February 22nd YAN is a refreshing, surprising, diffuse and enjoyable event, the kind of thing that should happen more often in the visual arts. It consists of two group exhibitions sharing the title, located in galleries no more than a pleasant walk apart from each other.

The network of links that enabled YAN, though, extend much further and on many other levels than just two Dublin city centre galleries. Those links have to do with connections, including Irish-Japanese connections, formed over the years. So the links have to do with a series of interpersonal relationships but surely, as well, with a certain cultural empathy that has long existed between two island peoples.

The common denominator is the Yanagisawa Gallery in Saitama city, Japan. Unusually enough, the Yanagisawa has a strong record of showing work by artists from Europe, including Ireland. Crucially, one of those artists is Richard Gorman, who over the years has been a kind of unofficial Irish cultural attache in Japan.

Not that he looked for the role, and he is not resident there; now in Ireland, he was previously based in Milan, but, via a great deal of patient work, he developed a strong relationship with Japan, spending time working there, even becoming directly involved in traditional paper-making. One can see that his spare, abstract aesthetic chimes with a corresponding elegant clarity evident in a significant proportion of Japanese art and design.

As far back as 2004, he was instrumental in showing Japanese printmakers at the Model, Sligo. Last year he curated a touring show, Air Mail, featuring mostly Irish but one Japanese artist, that was seen at the Yanagisawa, the Fenderesky in Belfast, Assab One in Milan and SO Fine Art.

Responsibility for YAN can be pinned on Gorman and SO Fine Art’s director, Catherine O’Riordan. As it happens, Yanagisawa has a connection with the Taylor – Taylor artist David Quinn has exhibited there; his quiet, resonant, small-scale work possesses great presence. And, while she does not feature in this show, the Taylor regularly exhibits the work of Japanese-born Makiko Nakamura.

Formerly on South Anne St, SO took the bold step of relocating to Powerscourt Townhouse, taking on the magnificent space that was once the high-ceilinged ballroom and then the Solomon Gallery before it moved on to its current home in nearby Balfe Street. Now, with a varnished wood floor and a mix of generous natural and artificial light, the gallery in Powerscourt is spacious, airy – and friendly, managing to project the perfect amalgam of formal and casual.

Formal and casual is not a bad way to describe the overall mood of the work on view. Gorman shows a couple of small pieces. While in one sense austere, his curvilinear compositions have a disarming, playful quality that comes through in terms of form and colour. Two of the Japanese artists represented, Yoko Hara and Azusa Takahashi, are gallery regulars. The work of both is, quite simply, very impressive.

Takahashi uses pattern, usually based on repeated motifs drawn from organic forms, to create harmonious, undulating compositions. While still a student, she was quoted as saying: “I think of prints as living things.” Hence, presumably, the pulsing, rhythmic flow of her pieces. Hara makes elegantly poised works, whether in print or painting, usually comprising interlocking blocks, but blocks of space rather than solids. If that suggests a tendency towards formality, however beautifully done, she is equally adept at integrating the casual, usually in snatches of linear drawing.

For both of these artists – and most of the work in YAN – it is true that you need to give their work a little time, to allow its subtleties sink in. For both, as well, it should be said that their work is amazingly inexpensive.

It is striking that, while the exhibition in SO is noticeably even-tempered and looks extremely comfortable in the space, it harbours considerable diversity.  Jin Hirosawa’s figurative work is breezily humorous in tone. Mayumi Kimura is quite different again, with, to oversimplify a little, motifs materialising as if by magic out of arrangements of blocks of colour. Yasuyoshi Tokida’s compositions are linear structures in space.

Several of these Japanese artists, plus Shin Watanabe, also appear in the Taylor YAN, alongside Quinn, Fergus Feehily, John Graham, German artist Johannes Eidt and Tjibbe Hooghiemstra, who is Dutch but – as it happens – has worked and exhibited a great deal in Ireland, especially along the West coast.

While his work is intrinsically informal in that it brings together disparate fragments and surfaces, often with snatches of text and often employing layers of appropriated material – documents, ledgers, old notebooks – with drawing as a central activity, it is understated and carefully judged. The finished pieces can have the air of maps or plans, with a dreamy, speculative dimension. Some outstanding pieces are included in YAN.

Less is certainly more, and perhaps too much, for Fergus Feehily. Feehily, who spent considerable time in Japan, and is now based in Berlin, has also tended to start out on the basis of objects with a history, but then aims to dismantle that history, as though wondering if it was necessary in the first place. One hesitates to mention the word Zen, but it does seem appropriate in this case. John Graham’s ink drawings, built up from countless masses of parallel and overlapping lines, make a particularly strong impression. They inevitably bring weaving to mind – the work even has a fabric-like quality, partly due to his restrained use of colour. Eidt divides his time between Germany and Japan, and his fine-honed pieces recall classical Japanese woodblock prints, with a distinctly European, mildly surreal edge. A visit to both galleries is a treat.