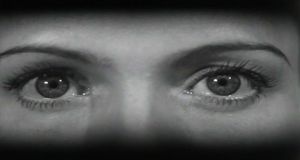 For several years in the 1970s, Jim Sheehy was at the heart of one of the most important fine art print studios of the time, Hollanders on New York’s lower east side. Now Sheehy has generously gifted copies of lithographs by a number of high-profile artists produced at Hollanders. That includes Pierre Alichinsky, Wilem de Kooning, Sam Francis, Jasper Johns, Robert Indiana, James Rosenquist and many more.

A show that traces the thread of connection between a number of artists including Padraig Leahy, Anne Deering, Daniel Ryan, Slainne Linnane and Frank Rafter. The connection? They all attended a post-Leaving Cert course in art and design at Coláiste Mhuire co-ed, Thurles, after which they fanned out across the country pursuing a variety of third-level interests, from painting and sculpture to animation and design.

One of the innovations in this year’s open exhibition is the purchase of some of the works on view to form an art collection (with pieces on view on rotation in the building). Selectors Helen MacMahon, Anita Griffin, Orla McGovern and Hugh McCarthy applied themselves to the largest entry to date. The show includes work by nearly 50 established and emerging artists.