Great 18th-century Irish art and crafts that took the boat

There was extensive and sophisticated patronage of the arts in Ireland in the 1700s, but much of the work emigrated. A new show in Chicago celebrates the Irish as artists, collectors and patrons 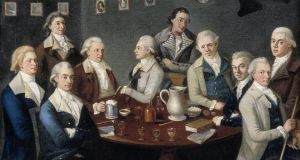 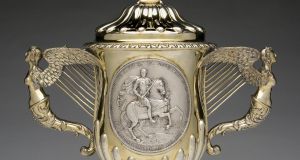 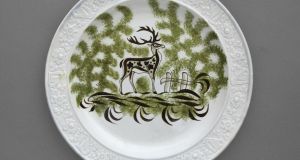 When Richard Robinson died in 1794, it was said that the former archbishop of Armagh had converted his see “from an unsightly crowd of mud cabins into a handsome city of stone dwellings”.

Robinson’s building projects included a fine residence for himself as well as a public infirmary, a library and the great observatory that still operates. In addition, he oversaw the development of key public spaces throughout the city, such as the Mall lined with fine residences.

The expansion and improvement of Armagh was duplicated across Ireland during the 18th century. In Limerick, for example, the first plans for the new district of Newtown Pery were drawn up in 1769. Above all, Dublin experienced unprecedented growth: between 1700 and 1800 the capital’s population more than doubled to some 200,000 inhabitants, many of them occupying freshly built houses in squares and terraces that survive to this day.

Across the country, landowners were similarly inspired either to restore or, more often, to construct mansions in the fashionable classical manner.

“Ireland has been absolutely new-built within these 20 years,” wrote English agronomist Arthur Young in 1779, “and in a manner far superior to anything that was seen in it before.”

A building boom unequalled in this country until recent decades led to an expansion in related industries, as those smart new properties had to be decorated and furnished. Cabinet makers and glass blowers, silk weavers and book binders, potters and printmakers all thrived. The demand for material goods was insatiable. In 1696 and 1697, 25,000 ounces of silver were submitted to the Assay Office in Dublin; by the 1780s, the annual figure had climbed to 84,000 ounces.

Much of the work produced by those craftsmen is no longer in Ireland. For example, the greatest collection of 18th-century Irish silver can be found in the San Antonio Museum of Art, Texas. Fifteen pieces from that institution feature in the exhibition Ireland: Crossroads of Art and Design, 1690-1840, currently running at Chicago’s Art Institute.

Some, such as a silver salver made by Thomas Walker of Dublin in 1734 and 1735, are clearly intended to display the owner’s wealth and social status. Many others, however, despite their beauty of form and sinuosity of design, are primarily utilitarian: a toaster on a long wooden pole dating from circa 1715, or a reading lamp made five years later. This item combines elegance with practicality, and features a pair of candle holders below a curved screen intended to ensure the flickering light would not irritate a user’s eyes.

Most of the silver produced in Irish workshops was similarly intended for daily use, as tea or coffee pots, buttons or beer jugs: it had to earn its place in a household.

Sometimes it is possible to trace who would have been the original owner. That toaster, for instance, carries the arms of the Wynnes, so perhaps it was once employed by members of the family in front of a fire at Hazelwood, the Co Sligo house designed for them by Richard Castle in 1731.

The advantage of makers’ marks and coats of arms on silverware is that it allows us to better trace an item’s history and to know where it once was held, even if it is now lost to this country.

The same is not true of much of the furniture that features in the Chicago exhibition. Of the 29 pieces in the show, 20 are listed as “maker unknown”. Among the other nine, five are given as possibly or probably produced by a particular craftsman. Irish furniture makers rarely signed their work, which makes attribution dependent on connoisseurship, identifying specific features shared by different pieces. Thanks to the endeavours of the late knight of Glin and James Peill, who published a book on the subject eight years ago, we are much better informed about the history of Irish furniture than used to be the case.

Less well-publicised but just as valuable has been John Rogers’s painstaking trawl through 18th-century journals and newspapers in search of information, often in the form of advertisements and trade cards, on the period’s cabinet makers and upholsterers.

Francis and John Booker, who operated from premises by Essex Bridge in the middle decades of the century, offered potential clients a daunting array of goods, everything from “Glasses for Coaches, Chariots and Post Chaises” to lanterns “of various sizes for Halls in Brass Frames”.

A wonderful gilt mirror attributed to them and dating from about 1772 is in the Chicago show, on loan from the Ringling Museum of Art in Sarasota, Florida. It is one of a pair that has been in the latter location since 1936, but how and when did the mirrors come to leave Ireland, and what property did they once adorn?

It is likely we will never know the answers, because little care was taken in chronicling the departure of art works from Ireland over the past 100 years.

The trajectory of paintings has been easier to follow, not least because they were frequently sold through auction houses.

Among the highlights in the Chicago exhibition is a portrait of James Caulfeild, first earl of Charlemont, who was a great patriot and art patron.

Lord Charlemont, who commissioned the country’s most flawless neoclassical building, the Casino at Marino (the first post-1700 structure to be designated a national monument by the Irish State), was painted in Rome by Pompeo Batoni in the mid-1750s. The picture remained in Ireland and with the family until 1934, when the childless third countess bequeathed it to a niece, whose son in turn sold it at Sotheby’s in April 1957 for £720.

Today, the work is owned by the Yale Center for British Art, just one of a number of such Batoni portraits formerly in Ireland and now in the US. Others are Joseph Henry of Straffan in the Walters Art Museum, Baltimore; Ralph Howard in the Speed Art Museum, Louisville, Kentucky; and Robert Clements in the Hood Museum of Art, Dartmouth College, New Hampshire.

These men were among the first to commission work from Italy’s most important 18th-century portraitist, thereby demonstrating the discernment and amplitude of cultural patronage in Ireland during the 18th century.

The Chicago exhibition features a second century AD Roman marble sculpture of Venus, which is now in the J Paul Getty Museum in California. It was brought to Ireland by Joseph Leeson, first Earl of Milltown, to stand in his new residence at Russborough, Co Wicklow.

Leeson also made a bid to acquire two superlative Hellenistic sculptures of centaurs discovered in 1736 at Hadrian’s Villa outside Rome. His efforts were thwarted by Pope Benedict XI , who wanted to keep the pair in Italy; today they are in the Capitoline Museum.

This incident illustrates the sophistication of Irish patrons of the Georgian era and offers a telling comparison with how Ireland subsequently treated its own rich cultural heritage.

Most of the 300-plus exhibits in Chicago now belong to American collections, both public and private. Some of them left this country in the early part of the last century; others departed in recent decades. A portion of our history went with each of them.

More on artic.edu/exhibition/ireland-crossroads-art-and-design-1690-1840s A conference on Art in the Country House, organised by the Irish Georgian Society and the Office of Public Works, takes place at Dublin Castle on April 23rd. igs.ie/events