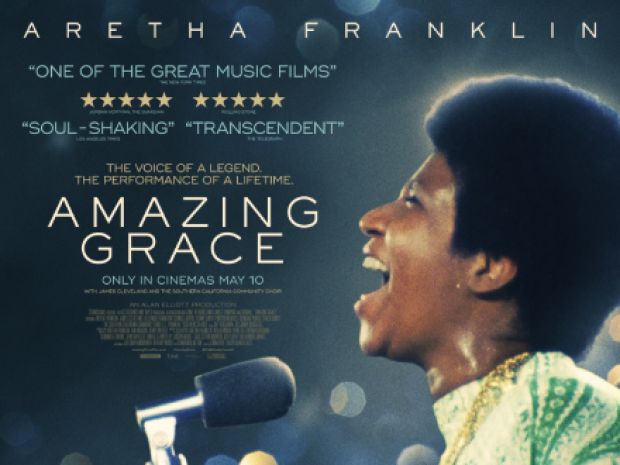 The Irish Times and Studiocanal are giving you the chance to win one of five pairs of tickets to the preview screening of Amazing Grace at the Lighthouse cinema accompanied by a drinks reception on Thursday, May 2nd.

In 1971, Aretha Franklin, the undisputed Queen of Soul, brought producer Jerry Wexler, her backup singers, and the legendary Atlantic Records rhythm section to The New Temple Missionary Baptist Church in Los Angeles to record an album of gospel music before an enthusiastic live audience. The result, “Amazing Grace”, went on to become one of the biggest albums of Aretha Franklin’s career and one of her most beloved works. Even as the album gained fans around the world, few realized that those inspirational sessions had not only been recorded, they had been filmed by a camera crew led by Oscar winning filmmaker Sydney Pollack. Due to technical problems the film has never been seen. Never until now.

Amazing Grace is in cinemas for general release Friday, May 10th

To be in with a chance to win a pair of tickets, simply answer the competition question below:

1. The promoters are The Irish Times DAC, The Irish Times Building, 24-28 Tara Street, Dublin 2.
2. The prize is a one of five pairs of tickets to Amazing Grace on Thursday May 2nd at 6.00pm in the Light House Cinema.
3. Employees or agents of The Irish Times, and their families or other persons connected with this promotion are not eligible to enter.
4. Prize is as offered and no cash alternative will apply.
5. The prize is not transferable.
6. Entry is for people of 18 years of age and over.
7. A valid entry consists of a correct answer entered in the form above, accompanied by the entrant’s name, email address and a phone number.
8. Entries must be entered online in the form above.
9. Entries not submitted in accordance with these rules will be disqualified.
10. The promoters’ decision is final and binding in all matters and no correspondence will be entered into.
11. The promoters reserve the right to change any aspect of the prize.
12. The prize (in the case of event tickets) must be claimed at least one week before the scheduled start of the event, all other prizes must be claimed within six weeks of notification by The Irish Times or the competition partner.
13. The prize will be subject to any additional terms and conditions of the suppliers of the prize.
14. The promoters are excluded from liability for any loss, damage or injury which might occur to the winner arising from his or her acceptance of the prize.
15. The winner may be required to participate in unpaid promotional related publicity undertaken by the promoter or its associated companies.
16. Entry to this promotion shall be deemed full and unconditional acceptance of the terms & conditions.
17. The promoters reserve the right to amend these terms and conditions.
18. These terms and conditions shall be governed by the laws of Ireland and subject to the jurisdiction of the Irish Courts.
19. Full details of our privacy policy can be found at https://www.irishtimes.com/policy-and-terms/privacy-policy.
20. Details of the competition winner will be published on The Irish Times website.
21. Competition ends Monday April 29th 2019. 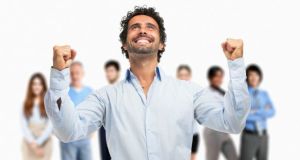