Your business week: Davos is back, Schrödinger’s Smart City talk 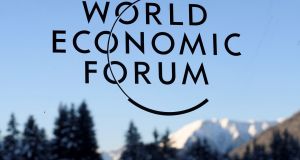 Increasingly, the global climate crisis, politics and economics have become impossible to untangle. Two high-profile events in early 2020 will illustrate the point – the imminent general election when all eyes will focus on the Green Party and whether they can replicate their European voter popularity, and the World Economic Forum which begins in Davos, Switzerland on Monday.

Long associated with the political, business and industrial elite, this global platform will have a slightly different flavour when young climate activists arrive to press home their views.

“We demand that at this year’s forum, participants from all companies, banks, institutions and governments immediately halt all investments in fossil fuel exploration and extraction, immediately end all fossil fuel subsidies and immediately and completely divest from fossil fuels,” Greta Thunberg, the face of climate activism in the 21st century, wrote in the Guardian this month.

If it is an unlikely immediate ambition, it is an unavoidable context to this year’s gathering, the 50th. In fact, Thunberg’s world view is now so compelling the Forum even placed her op-ed on its homepage in the build-up to this month’s event, a telling admission that such conversations are now the centrepiece of almost every policy setting agenda.

Of course, other matters of crucial importance will feature on this year’s schedule. The rollout of 5G, cybersecurity in an increasingly connected world, the “fourth industrial revolution”, shifts in consumerism, healthcare and even paid parental leave will all demand attention, no matter how many enthusiastic climate activists show up.

In 2017, China upped the ante on the world’s digital future and how societies might respond. Due to be rolled out this year, the one-party State has developed the concept of “social credit”. Essentially, this would use big data technology to collect information on its citizens and analyse it to rate individual “behaviour”, including financial creditworthiness and personal conduct.

For anyone in the west, it would seem a chillingly unacceptable notion, but how cities in particular use technology in the future is still very much open to debate - a long held truth is that policy often fails to keep pace with technology.

On Tuesday, Daithí Mac Síthigh, professor of law and innovation at Queen’s University Belfast, will give a talk on smart cities, surveillance and sustainability at the Institute for International and European Affairs in Dublin.

As well as China’s unique controversial approach, Mac Síthigh will consider the specifics of facial recognition technology and the high-tech redevelopment of Toronto’s waterfront, as well as broader issues such as the law and justifications for collecting and using data.

1 How can I view my dead brother’s will if I’m not the executor?
2 Michel Barnier rejects UK’s call for Canada-style trade deal
3 Aqua Dome in Tralee could close over insurance claims, directors warn
4 Applications for 961 new homes in Dublin and Meath rejected
5 Barry’s Hotel at €8m comes with potential to double in size
6 Artomatix buyer revealed as Unity Technologies
7 High time: Netherlands moves to clean up absurd cannabis policy
8 Job numbers hit a record 2.36m as hi-techs lead the way
9 ‘Germans are very efficient and reliable. Cancelling is alien to them’
10 Provisional liquidator appointed to Dublin engineering firm
Real news has value SUBSCRIBE