Why some companies will survive this crisis and others will die

Financial prudence is only part of the reason 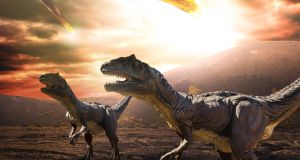 The first written document about a Stora operation, a Swedish copper mine, dates back to 1288. Since then, the company – now Finland-based paper, pulp and biomaterials group Stora Enso – has endured through attempts to end its independence, the turmoil of the Reformation and industrial revolution, wars, regional and global, and now a pandemic.

“It would have been catastrophic for [Stora]to concentrate on its business in an introverted fashion, oblivious to politics. Instead the company reshaped its goals and methods to match the demands of the world outside,” writes Arie de Geus, describing one particularly turbulent era in the 15th century in his 1997 book The Living Company, shaped round a study of the world’s oldest companies he conducted for Royal Dutch Shell.

This is wisdom that companies today, wondering how to survive, let alone thrive, could use. Alas, de Geus himself is not around to help them: he died in November last year.

Part of his work lives on through the scenario-planning exercises that I identified last week as one way of advancing through the uncertainty ahead. The multilingual thinker was Shell’s director of scenario planning, where he developed the distinction between potential futures (in French, “les futurs”) and what was inevitably to come (“l’avenir”).

He also lived through the aftermath of the second world war, which destroyed Rotterdam, the city of his birth, and encouraged him and his friends to seek jobs within the safe havens of great corporate institutions, such as Shell, Unilever and Philips.

It is not a given that all the oldest or largest companies will outlive this crisis. Those that do, however, should take a leaf out of de Geus’s book.

Longtime collaborator and friend Göran Carstedt, a former Volvo and Ikea executive, says he discussed with de Geus last year how near-death experiences enhance the appreciation of being alive. “Things come to the fore that we took for granted. You start to see the world through the lens of the living,” he told me. “Arie liked to say, ‘people change and when they do, they change the society in which they live’.” That went for companies as much as for societies.

Long-lived groups such as Stora owed their survival to their adaptability as human communities and their tolerance for ideas, as much as to their financial prudence.

These are big ideas for business leaders to ponder at a time when most are desperately trying to keep their heads above the flood or, at best, concentrating on the practicalities of how to restart after lockdown.

In her latest update last month, Stora Enso’s chief executive sounded as preoccupied by pressing questions of temporary lay-offs, travel bans and capital expenditure reductions as her peers at companies with a shorter pedigree.

Some groups that meet de Geus’s common attributes for longevity are still likely to go under, simply because they find themselves exposed to the wrong sector at the wrong time.

Others, though, will find they are ill-equipped for the aftermath. What he called “intolerant” companies, which “go for maximum results with minimum resources”, can live for a long time in stable conditions.

“Profound disruptions like this will simply reveal the underlying schisms that were already there,” the veteran management thinker Peter Senge, who worked with de Geus, told me via email. “Those who were on a path toward deep change will find ways to use the forces now at play to carry on, and even expand. Those who weren’t, won’t.”

For him the core question is whether those who interpret the pandemic as a signal that humans need to change how they live will grow to form a critical mass.

For decades after the war, big companies did not change the way they operated. They took advantage of young people who believed material security was “worth the price of submitting to strong central leadership vested in relatively few people”, de Geus wrote.

Faced with this crisis, though, de Geus would have placed his confidence in those companies that had evolved a commitment to organisational learning and shared decision-making, according to another close collaborator, Irène Dupoux-Couturier.

The pressure of this crisis is already flattening decision-making hierarchies. Progress out of the pandemic will be founded on technology that reinforces the human community by encouraging rapid cross-company collaboration.

De Geus was adamant that a true “living company” would divest assets and change its activity before sacrificing its people, if its survival was at stake. That optimism is bound to be tested in the coming months but it is worth clinging to.

“Who knows if the characteristics of Arie’s long-lived companies. . . boost resilience in such situations as this?” Mr Senge told me. “But it is hard to see them lessening it.” – Copyright The Financial Times Limited 2020

Dispute over Perrigo’s €1.64bn tax assessment comes before High Court 12:43
The fight over how to pay for the global economic recovery has begun 12:23
Cider sales fizzle out even as exports jump on Brexit stockpiling 12:08
Stock market rally holds as investors cling to recovery hopes 12:03
Unemployment rate remains at near record 26.1% in May 11:52

1 In six months we will be in the grip of a 1980s-style recession
2 Angela Merkel sweeps in to save the euro zone
3 Aer Lingus wants quarantine period axed to resume flights in July
4 Unemployment rate remains at near record 26.1% in May
5 Google facing $5bn lawsuit for tracking in ‘private’ mode
6 Deloitte expands into cloud computing with deal for DNM
7 More than 2m people use website that shows lockdown distance limits
8 Pinterest seeks new office for Dublin EMEA headquarters expansion
9 Apple tax case: Four individual lawyers paid over €500,000 each
10 Bank of England tells banks to get ready for no-deal Brexit
Real news has value SUBSCRIBE