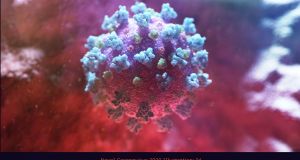 An estimated 140,000 workers have already been laid off over the past week as a result of the coronavirus pandemic and business representatives are talking of a further 200,000 being laid off over the coming days.

The trade union movement is seeking a major new “ambitious ” Government scheme to subside the salaries of workers laid off as a result of the coronavirus outbreak amid warnings that existing net income levels face devastating cuts.

The trade unions, while acknowledging mitigation measures being introduced by the Government, maintained these did not go far enough.

In a letter to the Taoiseach Leo Varadkar on Wednesday night the Irish Congress of Trade Unions (Ictu) warned that despite measures to ensure workers let go due to the pandemic received the €203 weekly jobseekers’ benefit, many would see their existing net income levels fall substantially.

Ictu general secretary Patricia King said “a household with two adults and one child with a single income of between €45,000 to €50,000, ie. close to the average earnings for a full-time worker, could see a fall of nearly two-thirds in their net income, while a single worker with no children earning around €25,000 could see a fall of around half.

“While it is important to acknowledge that some employers are making strong efforts to uphold wages for their workforce others are making no effort whatsoever.”

Ms King told Mr Varadkar the union movement acknowledged measures announced to date to try to minimise the impact on workers, their families and the business community.

“My primary purpose in writing to you this evening, is to highlight our belief that there is an urgent need for much more ambitious measures to be implemented to try to preserve workers jobs and uphold their net incomes in the event of lay-offs. An estimated 140,000 workers have already been laid off over the past week or so and business representatives are talking of a further 200,000 or so being laid off over the coming days. This could bring us in a matter of weeks close to the total number of jobs lost in the first 2½ years of the post-2008 crash.”

Ms King said the economic impact of net income reductions for individual workers over the coming months would be “very grave indeed”.

“While I recognise that the level of public investment required in these circumstances is substantial, we are experiencing a national public health emergency unparalleled over the past 100 years. In our view such an emergency necessitates exceptional financial interventions at this point in time. Workers are not in a position to withstand this economic burden and therefore, we are urging Government to immediately introduce a scheme that subsidises the salaries of workers under threat of lay-off due to the Covid -19 crisis with a view to preserving their net income. We are willing to work with Government and other relevant stakeholders to implement such measures in Ireland.

“Across Europe there have been varied policy responses and mechanisms developed to deal with this crisis. In Denmark, for example, the social partners have agreed a temporary wage compensation scheme for companies with employees that are at risk of lay-off. While the Swedish government and its social partners have agreed a temporary short-time lay-off scheme whereby an employee works 40 per cent of their normal hours receives more than 90 per cent of their wage, while employers see their wage costs halved. ”

Earlier on Wednesday the Mandate trade union called on Government to immediately implement measures to protect at least the net take home pay of all workers who have been temporarily laid off by employers at this time.

John Douglas, the union’s general secretary, said: “Government now needs to prioritise not only the health of workers, but also their ability to survive on a daily basis for their families. Frankly the €203 Covid-19 payment falls far short of what is required to sustain most families, employers with the assistance of Government funding should be instructed to pay all impacted workers the equivalent of their normal net take home pay.”

He was commenting following the announcement by Brown Thomas and Arnotts that they were closing at 5pm on Wednesday for the foreseeable future.

He welcomed management’s commitment to pay all workers their contracted rostered hours for the foreseeable future.

“This is the benchmark for other retailers. Where possible, workers should have their incomes protected and Mandate welcomes the commitment of Brown Thomas and Arnotts to put their staff first in this difficult situation.”