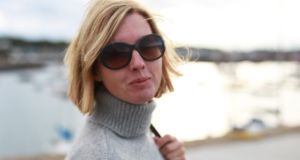 Andrea Jansen: “The schools are great, with available places, so you don’t have to be on waiting lists for years.”

“It’s quite bespoke and obviously involved learning a lot of languages, but I wanted to pursue German, as I had done it in school and thought it would be interesting.”

The Howth native had also travelled to Germany frequently and picked up summer jobs like picking weeds from train tracks in Cologne, or working in a salad factory in Tübingen.

So when college was finished in 1997, it seemed like a natural progression to go to Germany for a summer. “I went to Hamburg, as lots of friends from college were going too. I got a various student jobs and had a great time.”

In the autumn of that year, rather than return home to Ireland, Jansen was offered a place on the Ibec global graduates programme which resulted in her moving to Düsseldorf and working as a marketing trainee “but it was short-lived and I relocated back to Hamburg after a year as I wasn’t too fond of Düsseldorf.”

Jansen went to Randstad recruitment company to find a short-term position. “At the time I just wanted something to tide me over and help me master the language.”

She got a tempting job with British company Castrol, which makes industrial and automotive oils and lubricants. At first, Jansen worked in administration and logistics, but as these stories often go, 20 years later she’s still there, receiving a permanent contract in 2001 just after Castrol was acquired by BP.

“After I moved to marketing, I took a marketing course at the Marketing Academy in Hamburg in order to get a formal qualification. I worked in a variety of marketing roles, finally working my way up to marketing manager for two key strategic partners in Germany.”

As Castrol is involved in Formula One, sponsoring teams like McLaren, Williams and Renault and providing e-fluids to the Panasonic Jaguar Racing Formula E team, Jansen has had an interesting and varied job. “Over the years I’ve worked on numerous promotions and incentive schemes for our customers, adapting big advertising campaigns for Formula One and other motorsports and working within Castrol’s sponsorship of Fifa and Uefa,” she says.

“This offered me the chance to experience F1 test days in Silverstone, Monza and Barcelona, attending the World Cup in Germany in 2006 as well as Uefa semifinals in Vienna and trips to the Renault F1 factory and driving experiences at the German Touring Cars races.”

Until 2012, Jansen was working in the retail petrol service segment launching advertising campaigns at the petrol stations, in-store promotions, B2C marketing support initiatives, and product launches. Since then, she’s moved into B2B marketing. “I’m developing marketing offers and initiatives for and with partners serving the independent workshop segment.”

Jansen says that, because she works in Germany, she avails of a good work/life balance. “I get 30 days holidays and officially work 38.5 hours per week. Generally speaking, German working regulations are strict and favourable for employees, so working conditions are good.”

Germans, also get 15 days of bank and public holidays (depending on what regional state you are in) throughout the year. “But if they happen to fall at a weekend, you don’t get the extra days added on, so some years you can be unlucky.”

Jansen says that, in her 23-odd years working in Germany, Germans have proven themselves to be true to form.

“They are very efficient and reliable. Germans are a task nation so they don’t mind constructive critique and suggestions for self-betterment. Before they commit to anything, they will think through every conceivable scenario, and when they decide to do it, they see it through to the end. Cancelling is alien to them, so when you say you’re going to do something, they expect you to do it,” she says.

“Obviously they are very different to Irish people,” Jansen adds. “But they also love their time off, and are great fun. They love outdoor activities and playing and watching football, which is massively popular here.”

Jansen, who is married with two children, says Hamburg offers a lot for families and children – especially outdoor activities, most of which are free. “Services like transport and healthcare are great. Trains run on time. The schools are great, with available places, so you don’t have to be on waiting lists for years. It seems there are less queues,” she adds.

“Also, childcare is just a fraction of what it is at home.”

She raises her children bilingually, but with “limited access” to English, as she is the only English native parent. “But they understand everything and they manage when we are in Ireland or when we have visitors,” she says.

For anyone thinking of coming over to Germany, just be prepared for the red tape.

“They do like bureaucracy over here and they’re very direct,” Jansen warns. “They always want to question and understand everything. They don’t mince their words and have been known to hand back presents asking for something else. They like definitive answers and don’t subscribe to empty promises.”

Jansen says, it’s always nice to come home “but I’m firmly rooted in Germany and received German citizenship last year. I was part of a big ceremony in City Hall, which was wonderful. Obviously, sometimes you do miss the Irish way, but I guess that’s part of living abroad as an Irish person. I wish I could combine both worlds sometimes. That would be perfect.”