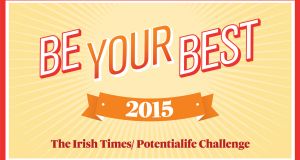 How productive has your day been so far? Are you feeling energised? What is your purpose in life? Are you even reading this any more, or has your mind begun to wander?

20 years ago a set of social scientists began asking themselves the questions above with the goal of uncovering what it was that made a small minority of people exponentially happier and more successful than most people.

It could have been luck of course, happenstance or DNA, but the more they researched the more they realised there was a lot more to it than that. These scientists founded a new field: positive psychology. For the first time positive psychology set out the science of happiness, of flourishing, of leadership, of achieving your potential – both in and out of work. It details out a set of behaviours that everyone can practice – and when they do they have been proven to lead people to be more productive, creative, energetic, engaged, positive and purposeful. We all have moments like this in our lives today – but too often they are rare. Positive psychology aimed to make these extraordinary moments ordinary. Today its advocates range from corporate CEOs to charity volunteers, from university professors to primary school children.

Of course that all sounds great, but anyone who has ever bounced out of bed on January 1st promising themselves that this year will be different, this year resolutions will be kept, knows that change doesn’t come easy.

Real, lasting change takes time, focus and the right level of support. That’s why this January The Irish Times are teaming up with one of the world’s leading positive psychologists, former Harvard academic Tal Ben-Shahar to offer you the chance to undertake a ground-breaking program that will set you on your way to achieving your potential.

Tal and his colleague Angus Ridgway, formerly of management consultancy McKinsey, have developed Potentialife – an innovative nine-month leadership programme based on the science of flourishing. Potentialife is being deployed with leading companies, charities and governments globally. We now have our team of participants so here’s to making 2015 the year we make the positive changes stick. Be your best with The Irish Times and Potentialife.