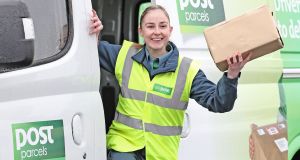 An Post says it has reduced its gender pay gap to just 1.4 per cent while improving female representation across all management and staff groupings.

The group’s second annual gender pay report said the income differential between male and female staff fell from 3.7 per cent to 1.4 per cent in the past 12 months on the back of several initiatives to promote a better gender balance.

A third of the An Post board, which oversees the entire group, are female. The report indicates that An Post’s staff as a whole are 74 per cent male and 26 per cent female.

“ While we’ve taken some big steps in the past year, we have more work to do in increasing the number of women across the general management group,” he said.

“The Covid pandemic has shown how quickly management practices and ways of working can change and the biggest benefit from our drive for gender equality has been the emergence of great talent and specific expertise,” he said.

The report also sets out an action plan to maintain momentum for change and ensure progress in the year ahead.

The study by consultancy PwC earlier this year found the gender pay gap in Ireland was widening instead of closing.

PwC’s latest Women in Work Index, which analyses the representation and welfare of women in the workplace across 33 Organisation for Economic Co-operation and Development (OECD) countries, found the pay differential between men and women here rose from 5.9 per cent in 2017 to 7.5 per cent in 2018.

5 The rich get richer, vaccine uptake and the family business adapts