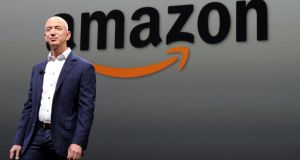 Rarely has one company’s corporate culture come under such sustained scrutiny as Amazon’s did this past week. It began last weekend with a huge New York Times exposé about the online retailer’s unforgiving and ruthless work environment.

That article included anecdotes about the extreme demands placed on staff at the firm’s Seattle headquarters, with workers being treated callously after illness and bereavement, including one woman who was given a critical performance review after having cancer. Amazon, it made clear, is not a joyful place to work.

The article became an immediate sensation, quickly becoming the most commented on in the history of the NYT’s website and sparking a quick response from Amazon founder Jeff Bezos, who seemed shocked – shocked that the hard-driving, brutally competitive working environment he had cultivated was burning people out. “The article doesn’t describe the Amazon I know or the caring Amazonians I work with every day,” he wrote.

The article did largely rely on accounts by former staff members, so it is possible the culture has changed.

The damage was exacerbated by a huge medical study in the Lancet this week confirming the link between working long hours and an increased risk of stroke and heart disease.

However, it is telling that this exposé has resonated more than previous articles exposing the appalling conditions that Amazon’s warehouse workers were subjected to, with long hours and soaring temperatures often leading to staff passing out.

There may be a degree of affiliation-outrage going on here – the sort of people who get indignant about articles in the New York Times are more likely to identify with white- collar workers in offices rather than blue-collar ones in warehouses.

Less remarked-upon was what the controversy says about American attitudes to work. US firms are notoriously parsimonious with “vacation time”, maternity and paternity leave. In big technology firms, work/life balance is more a mantra than a reality. In the US, more than in most countries, the notion of not just working but overworking is inextricably conflated with virtuousness. But in the long run, as the Lancet study shows, that concept is to the detriment of everyone. DAVIN O’DWYER