VW given until April 21st to find fix for nearly 600,000 diesel vehicles in US 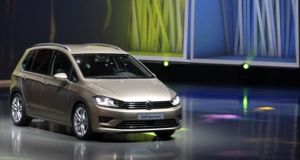 The Justice Department in February sued VW for up to $46 billion for violating US environmental laws. VW and its Audi and Porsche brands remain barred from selling any new 2016 diesel models in the United States.

A federal judge has given Volkswagen and US regulators until April 21st to agree on a fix for the nearly 600,000 diesel vehicles on US roads caught up in VW’s massive emissions cheating scandal.

US District Judge Charles Breyer had earlier set a March 24th deadline for Europe’s biggest carmaker to explain where it stood on remediation efforts, after months of talks with the US Justice Department, the Environmental Protection Agency (EPA) and California Air Resources Board.

Judge Breyer, VW and regulators all said at a hearing in San Francisco that progress has been made in intensive negotiations, but issues remain and no settlement has been reached.

Judge Breyer, who is overseeing more than 500 civil lawsuits, said “a concrete and detailed proposal for getting the polluting cars fixed or off the road” must be made by April 21 st or he may move forward with a trial.

A settlement could involve fixing some or all of the roughly 580,000 US vehicles or payments to consumers through buybacks and other options, Judge Breyer said.

He did not elaborate, but one central issue is whether the EPA would accept a fix that does not completely address excess on-road emissions.

Earlier this month, a California official said the state may allow partially repaired VW diesel cars to continue operating on its roads because a full fix may be impossible.

The cars are equipped with “defeat devices” that allow them to pass laboratory emissions tests despite exceeding federal standards by up to 40 times when they are driven on roads.

If no deal is reached by the deadline, Breyer said he would consider holding a trial on the issue this summer to address the vehicles that the EPA says emit up to 40 times legally allowable pollution in real world driving.

VW spokeswoman Jeannine Ginivan said the automaker “is committed to resolving the US regulatory investigation into the diesel emissions matter as quickly as possible and to implementing a solution for affected vehicles, as we work to earn back the trust of our customers and dealers and the public.”

Former Federal Bureau of Investigation director Robert Mueller, who is Judge Breyer’s court appointment settlement master, briefed the judge on the status of the talks on Wednesday.

The Justice Department in February sued VW for up to $46 billion for violating US environmental laws. VW and its Audi and Porsche brands remain barred from selling any new 2016 diesel models in the United States.

After Thursday’s hearing, Sierra Club California Chapter director Kathryn Phillips suggested that US environmental groups would reject any settlement with VW that fails to hold the automaker fully accountable for excess tailpipe emissions.

“(The) polluting vehicles need to be fixed or taken off the road, and the consumers who trusted they were buying less-polluting cars need to be compensated. Period. Otherwise the legacy of Volkswagen’s deceitful actions will be as dirty and dangerous as the smog left behind by their vehicles,” Ms Phillips said in a statement.