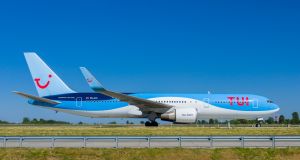 Tui, the world’s largest tour operator, has received approval for a €1.8 billion loan to help it survive an almost total shutdown of its operations, including its airline, hotels and cruise ships as a result of coronavirus.

The bridging loan, which is being provided by the German state-owned development bank KfW, will boost Tui’s existing €1.75 billion credit facility, giving it more than €3 billion in finance.

Tui’s shares have fallen more than 60 per cent this year as governments have closed borders and shut down hotels in an attempt to stop coronavirus spreading.

This month the travel group said it was cutting staff hours and wages as well as freezing recruitment and payments to hoteliers to cope with the loss of revenues. It also said that it was seeking assistance from the UK government.

“Tui is a very healthy company. We were economically successful before the crisis and will be again after the crisis,” said chief executive Fritz Joussen.

“However, we are currently facing unprecedented international travel restrictions. As a result, we are temporarily a company with no product and no revenue. This situation must be bridged,” he said.

Richard Clarke, an analyst at Bernstein, said Tui was “as close to being a dormant company as you can get right now”.

This year, Tui had expected to gain market share as a result of the collapse of its rival, Thomas Cook, in September last year. In February, it said bookings for 2020 were 14 per cent ahead of where they had been at the same point last year.

But the company has also suffered from the compulsory grounding of the Boeing 737 Max plane following two fatal crashes earlier in 2019. The Hanover-based tour operator had 15 of the new Boeing planes in its fleet when it was grounded and a further 72 on order.

The grounding of the planes cost Tui €293 million last year and it estimated that the hit to earnings in 2020 would be up to €400 million.

According to Tui’s website, customers can still book holidays to Spain, which at present has one of the world’s highest rates of cases of coronavirus, in three weeks’ time but without having to pay a deposit.

Mr Clarke said Tui, which has more than 70,000 employees worldwide, knew it had lost its key Easter period of bookings and would now focus on the summer.

“This was the year they needed to make hay,” he said, warning that next year competitors such as easyJet, which launched a holiday business in November, would be ramping up operations.

The bridging loan is subject to approval from Tui’s lending banks and will require the company to cut its dividend for the duration of the loan. The group, which reported revenues of €19 billion last year, would not give guidance on the term of the loan. – Copyright The Financial Times Limited 2020.

1 Should my mam wait for house prices to drop before buying?
2 Covid-19 mortgage breaks: What’s the catch?
3 Almost 70% of home buyers to purchase within next year
4 Revenue faces US drug company Perrigo over disputed €1.64bn tax bill
5 Covid-19 takeover of private hospitals to cost insurers €180m
6 Consumer watchdog tests face masks to ensure they meet standards
7 Brother is dragging his heels as executor of uncle’s will - is there anything I can do?
8 Cheers: Conor McGregor's whiskey races up the sales chart
9 ‘I’m so lucky to be in the Caribbean – a million miles from Derry Girls’
10 Dublin drops out of top 50 in ranking of best cities for start-ups
Real news has value SUBSCRIBE