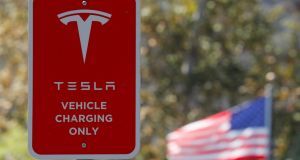 Ms Denholm will leave her role as chief financial officer and head of strategy of Telstra once her six-month notice period with the company is complete, Tesla said late on Wednesday.

Tesla said Ms Denholm will be serving as Tesla chairwoman on a full-time basis.

She will temporarily step down as chairwoman of Tesla’s Audit Committee until she leaves Telstra, the company said.

Tesla weathered a rocky few months in the wake of Musk’s tweets that he had “funding secured” for a deal, later scuttled, to take Tesla private. Musk and Tesla settled with the US SEC in September after the agency sued for fraud.

The settlement required Tesla and Musk to pay a fine of $20 million each and for Musk to give up his chairman role for three years. – Reuters

1 My aunt never told us that Gran passed away with no will
2 If it’s safe to do so, could this be the time to spend for Ireland?
3 The $6bn judgment pitting Nigeria against Irish businessmen
4 Owners of Cork shopping centre sue for €30m after car causes fire
5 Dublin banker sells island off coast of west Cork for €5.5m
6 Green Party TD queries ‘usefulness’ of another appeal in €13bn Apple tax case
7 Government to push through €2bn credit guarantee scheme next week
8 Covid anxiety among domestic holidaymakers could sink this summer
9 Will Revenue come calling with tax bill if inheritance tax threshold falls?
10 Lidl goes to court over Aldi price survey
Real news has value SUBSCRIBE