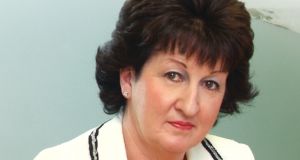 Minister for Transport Eamon Ryan confirmed on Tuesday that the Government had appointed Ms Hynes as interim chairwoman of the aviation regulator as plans to spin off its safety watchdog role moved ahead.

Ms Hynes stepped down last year as founding chairwoman of Shannon Group, the State company responsible for Shannon Airport, along with property and heritage management businesses, after her term there ended.

She headed the Aviation Business Development Task Force that led to Shannon Airport’s separation from Aer Rianta – now DAA – in 2013 and the creation of the broader State-owned group the following year.

Before Covid-19 struck last year, Shannon Airport had grown passenger numbers by 23 per cent since the split.

However, critics say the move has not worked. In November, unions including Siptu and Connect, which represent many airport workers, called at the Oireachtas transport committee for the State to re-merge Shannon with DAA.

The committee’s report subsequently recommended the creation of a new airports authority with responsibility for Cork, Dublin and Shannon.

Ms Hynes takes the helm at the IAA as the Oireachtas prepares to debate the Air Navigation and Transport (Amendment) Bill 2020 which will merge the IAA with the Commission for Aviation Regulation. *

A new entity will function as the Republic's air traffic controller. The Minister hopes the Oireachtas will pass the legislation this year. *

Mr Ryan will begin seeking a permanent chairperson of the IAA through a formal process under State boards appointments guidelines later this year.

The Minister noted that Ms Hynes brought a wealth of boardroom experience to the IAA.

“Irish aviation is at a low ebb because of the impact of Covid-19, but it is one of the most robust sectors of our economy, and the companies and people who make up the industry make Ireland a genuine global leader,” he said.

Hildegarde Naughton, Minister of State for international transport, said she was pleased Ms Hynes would continue to contribute to Irish aviation.

Ms Hynes has also chaired Ervia, the State utility that owns Irish Water and Gas Networks Ireland. She is deputy chancellor of University of Limerick.

In the private sector, she was senior independent director of IPL, an Irish-Canadian wheelie bin and food carton maker sold last year to US group Madison Dearborn.

She chairs farm services business Origin Enterprises, and is on the boards of Eir and Munster Rugby.