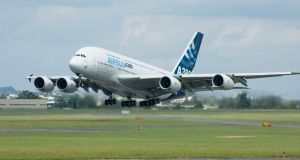 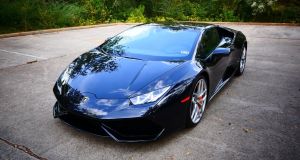 New lengths in long-haul flights It has been a week for longest flights both planned and existing. Qatar Airways announced plans for a Doha to Auckland flight that would be the longest at 18 hours 30 minutes using a Boeing 777-LS. Emirates’ new service from Dubai to Panama City at 17 hours and 35 minutes on a Boeing 777-200LR, will begin in March. The current longest service is Qantas from Sydney to Dallas/Fort Worth, at 16 hours 55 minutes on an Airbus A380. United Airlines is awaiting approval for a San Francisco to Singapore flight of 16 hours 20 minutes on a Boeing 787 Dreamliner. Singapore Airlines is considering reinstating the Singapore to New York service at 19 hours. Iran Air confirms Airbus order Airbus is going to do well after the removal of sanctions against Iran, as Iran Air has confirmed an order for 118 aircraft. The deal was signed by President Hassan Rouhani on his visit to France last week. The order includes 12 A380s superjumbos, 16 A350-1000s and 45 short-haul A320s. Deliveries could begin this year. The order will more than double Iran’s existing air fleet of 84 owned by a number of airlines. Iran is tipped for massive tourism growth over the next five years.

Hilton targets millennials The latest mid-market brand for Hilton will be called Tru and will appeal to millennials. Tru will be “simplified, spirited and grounded in value” according to Hilton-speak. And it goes on to say that the new brand will “appeal to a broad range of travellers who span generations but think alike; they are united by a millennial mindset – a youthful energy, a zest for life and a desire for human connection”. Rent dream car at Heathrow’s exotic car rental location Enterprise car hire has opened its first exotic car rental location at Heathrow Airport. If you are looking for a car to impress a client this is the place to book a car with the wow factor. At the top end of the range the Lamborghini Huracan will cost £1,100 per day, the Bentley Flying Spur will cost £695. There are two other Bentleys to choose from. Moving down the range the Porsche 911 Carrera costs £295 per day, the Range Rover Sport £220 and a Mercedes 350 SLK from £160. You can book cars on exoticcars.enterprise.co.uk.