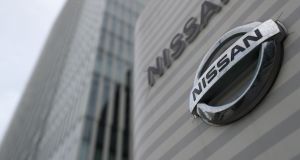 Nissan plans to repatriate more than $1 billion in cash from its Chinese subsidiary, according to people familiar with the matter, a sign the Japanese carmaker is building its financial firepower amid tensions with French partner Renault.

The transfer of 7.5 billion yuan (€959 million) of the Chinese unit’s earnings could be completed by the end of January, one of the sources said, asking not to be named because the information isn’t public.

Typically Nissan, which has made cars with China’s Dongfeng Motor since 2003, reinvests the profit to avoid taxes, one of the people said. Filling its coffers at home would give Yokohama-based Nissan financial flexibility in case the three-way alliance with Renault and Mitsubishi Motors goes sour.

“Nissan is not planning or undertaking any transfers except those that would ordinarily be made in the course of business,” the company said in a statement, declining to comment specifically on whether it is moving money from China. “This notion that this transfer is unusual is baseless,” it said.

Tensions in the Franco-Japanese partnership have surfaced since the November 19th arrest of Carlos Ghosn, whose legal limbo has left the alliance without the leader who held the two sides together for two decades. While the carmakers have expressed commitment to the project behind the scenes there are suspicions.

The Chinese unit was told in June that Nissan planned to move the funds as a profit distribution, though no schedule was given at the time, one of the people said. The transaction will cost about $100 million in taxes, the people said.

Renault executives have quietly seethed over any notion that Nissan may use Ghosn’s exit as a way to alter the balance of power in the alliance, in which Renault has a 43 per cent voting stake in Nissan. In turn Nissan, owns 15 per cent of Renault, with no voting rights. Any attempt by Nissan to unilaterally buy a stake in its partner would be akin to war, a French government official has said.

“There is no intention whatsoever to use transfers for the purchase of Renault shares,” Nissan said.

Shares of Nissan advanced 1.4 per cent in Tokyo and have lost 6.8 per cent since Mr Ghosn’s arrest. Renault has declined 13 per cent over that span.

Nissan has long been irked by what it sees as French government meddling in the alliance and is seeking to redress imbalances in the partnership, people familiar with the matter have said. Tensions peaked in 2015 when France, under the leadership of then-economy minister Emmanuel Macron, increased its stake in Renault without informing Mr Ghosn.

Mr Ghosn has been removed from his role as Nissan’s chairman since his arrest, but remains chairman and chief executive officer of its French partner, pending proof of alleged wrongdoing he’s accused of in Japan.