London City Airport to be put up for sale 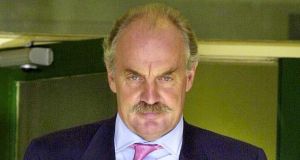 The London airport on the doorstep of the City is to be put up for sale as its US owners look to capitalise on soaring global demand for air travel.

Global Infrastructure Partners, the US fund that also has stakes in London Gatwick and Edinburgh airports, has decided to sell London City Airport.

GIP bought the airport for an estimated £750 million (€1 billion) in 2006 from Dermot Desmond, who had paid £23.5 million for London City in 1995 from Mowlem, the UK construction group.

GIP said it was in the process of appointing advisers with the aim of selling the airport this year. People familiar with the business suggest it could fetch as much as £2 billion.

Just seven miles from London’s traditional business district and even closer to the financial centre at Canary Wharf, London City has become one of the favoured ways to travel by City workers. Almost two-thirds of the airport’s passengers are business travellers.

1 Money matters: ‘My father embarrassed us with his haggling’
2 Pilita Clark: When a rude boss keeps you waiting, why not walk out?
3 US threatens retaliation against EU over proposed carbon tax
4 Comcast acquires Irish cloud-based telco Blueface
5 Airbus poised for deal with regulators to settle corruption probes
6 Are there annual limits on inheritances or gifts to a child?
7 Irish-founded ‘kid tech’ company SuperAwesome gets Microsoft backing
8 Ryanair to pay portion of Peter Bellew’s legal costs, court rules
9 Firm sues Trinity College over contract for managing visitors
10 Abtran challenges award of €63m contract by Irish Water to rival company
Real news has value SUBSCRIBE