Two operators have been hit by 737 MAX groundings 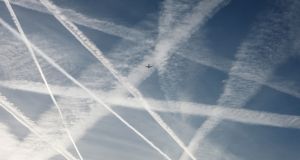 American and Southwest, the two largest US operators of Boeing’s 737 MAX aircraft that has been grounded since March following two deadly crashes, said they do not have enough aircraft to meet the demand they see in the market.

Healthy travel demand is cushioning results for American Airlines and Southwest Airlines, the two said on Thursday, while warning they are losing customers as their Boeing 737 MAX jets remain parked in a global grounding.

American and Southwest, the two largest US operators of Boeing’s 737 MAX aircraft that has been grounded since March following two deadly crashes, said they do not have enough aircraft to meet the demand they see in the market.

Both airlines have canceled flights into early June as they operate slimmer fleets but said on Thursday that cancellations would likely extend into the summer or fall after Boeing signalled this week that it does not expect to win regulatory approval for the jets to fly again until mid-year.

Southwest CEO Gary Kelly said the airline is losing 6 million to 7 million customers a year due to the 737 MAX grounding, but said he expects to “aggressively recapture” lost market share once the jets return. “There’s a lot of pent-up demand for traveling on American. We’re not going to be able to meet it all,”

American CEO Doug Parker told CNBC. “It’s going to unfortunately go to some of our competitors.”

Even without the MAX, both airlines reported solid quarterly profits and pointed to strong first-quarter bookings. Shares of American Airlines gained 2.6 per cnet to $28.03 (€25.37) while Southwest shares were up 3.5 per cent at $55.35. After regulators give the green light, airlines will still need a month or longer to prepare the jets and their pilots.

For Southwest, the world’s largest 737 MAX operator with nearly 10,000 pilots, the training process will take at least a couple of months more than the 30 days that it initially expected now that Boeing is recommending simulator training rather than just computer based training.

Mr Parker said it was too soon to see any impact from the coronavirus that has emerged from Wuhan, China, but said the carrier is working with US. public health officials. In response to the outbreak, passengers are being screened as a precaution at airports around the world. Southwest does not fly to Asia. For 2020,

American said it expects 2020 full-year adjusted earnings between $4 and $6 per share, an estimate some analysts said they thought was conservative. Southwest, which had bet its entire growth strategy on the 737 MAX, did not provide 2020 guidance given continued uncertainty around when the jets will fly again.

Both companies struck partial compensation deals with Boeing over 737 MAX damages in 2019 and said they expect additional settlements this year. Smaller US airline JetBlue also posted quarterly earnings on Thursday that showed it delivering on a three-year cost-cutting drive, sending its shares higher. – Bloomberg