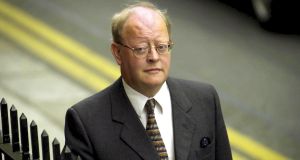 Dr Lynch was one of the best-known figures in Irish business and public service for decades, leading several State organisations.

He was chief executive of Bord Gáis Éireann during the 1980s, when the then State-owned enterprise began developing its network to supply natural gas from the Kinsale field to homes and businesses in the Republic.

The government appointed him director general of FÁS in 1990, when the authority was aiding the State’s efforts to cut the high unemployment that was one of its biggest long-term economic problems.

Dr Lynch then took over as executive chairman of CIÉ, the parent of Bus Éireann, Dublin Bus and Irish Rail, in 2000, a role he held until June 2011.

The boards, management and staff of the CIÉ group of companies on Thursday extended their sincere condolences to Dr Lynch’s partner, Kathy, his extended family and wide circle of friends.

The group noted that he guided the companies “through a changing and challenging era, including record investment in and expansion of public transport services in Ireland under the Transport 21 programme, as well as the challenges posed by the onset of the economic crisis”.

CIÉ added that along with his significant contribution to public transport, it was mindful of his distinguished career in public service with Bord Gáis Éireann, FÁS and the Irish Productivity Centre.

Dr Lynch did not die as a consequence of the Covid-19 pandemic.