Family in court dispute over hotels in Dublin and Galway 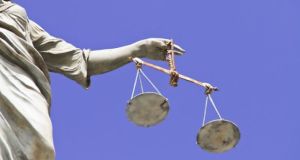 A dispute involving family members over the running of a company that owns well-known hotels in Dublin and Galway has been admitted to the fast-track Commercial Court list.

Mary Flannery claims her two brothers, her sister-in-law and an accountant have acted in an oppressive manner, infringing her rights concerning the running of Foxfield Inns Designated Activity Company.

She claims she had been denied answers to her questions about the firm’s affairs from her fellow shareholders and directors, as well as its auditor and accountant, which is oppressive to her interests in the company.

As well as the Ashling Hotel in Dublin and the Imperial Hotel in Galway, Foxfield has acquired commercial and residential properties which are rented out.

One of the firm’s subsidiaries owns and runs the Eglington Hotel in Salthill in Galway, used as a direct provision centre.

The court heard Kevin, Frank and Mary Flannery are equal shareholders and directors of Foxfield. Sheelagh Flannery, is a director but not a shareholder.

In a sworn statement, she said Mr Norton, who was appointed the personal representative of her late brother and Colin Flannery, has “great power” over the other defendants who allegedly act on Mr Norton’s behest.

She claims Mr Norton is acting as a “shadow director” of the company, and “exercises a far greater influence and control over its affairs” than he should.

He denies all allegations of wrong doing made against him.

Andrena Moynihan, a sister of Mary Flannery and also a shareholder and director of the company, is seeking to be added as a party to the action. The court heard there are no complaints against her.

Mary Flannery, who is also the company’s secretary, said in her statement she had been managing the company for 16 years and had helped the general manager to manage the Ashling Hotel in Dublin for some 25 years.

She said she has many concerns about the company’s affairs, including about Foxfield making substantial payments to company members, and over “corporate governance” fees allegedly paid to Mr Norton.

She said she believes certain payments made to Mr Norton, allegedly in addition to normal accounting fees and auditing fees he normally receives, are “improper and amount to a misapplication of company monies”.

She also has concerns about Foxfield’s decision, following the resignation of the Ashling Hotel’s general manager, to appoint an external firm to run that hotel.

She was further concerned about what she claims are several alleged irregularities and unexplained transactions including the alleged non-accounting of rental income she claims is owed to the company.

She said no proper explanation was given to her over the purchase, with company monies, and the subsequent sale of an apartment in New York.

She is also concerned about rents the company received from commercial units in Galway, which she said were not bought by Foxfield, but rather by an entity called AutoExec whose directors are Kevin and Sheelagh Flannery.

She claims she and her advisors have sought information about these and other concerns she raised.

The defendants alleged failure to explain these matters, she said, had resulted in all trust and confidence between the parties irretrievably breaking down.

Mary Flannery added that she has been effectively sidelined from all important decisions regarding the company and has been blocked from inspecting the company’s books and records.

She says the defendants’ alleged actions amount to acts of oppression against her as a shareholder.

In her proceedings, brought under section 212 of the 2014 Companies Act, she seeks various orders from the court including one directing one shareholder to purchase the other shareholder’s shares in the firm.

She also seeks orders regulating the firm’s affairs in the future, payment of compensation and in the alternative that the court appoint a liquidator to the firm.

The dispute was admitted to the fast-track Commercial Court list, following an application by Lyndon MacCann SC for Mary Flannery, by Mr Justice David Barniville this week.

There were no objections to admit the case to the list.

Adjourning the case to a date in January the judge said that Andrena Moynihan’s application to become a party to the action will be considered at a later date.

2 Family businesses are welcome winners in the pandemic