Claims our cruise ship tourism will ‘sink’ do not hold water 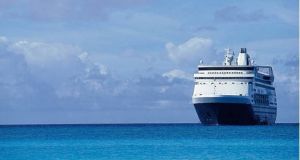 Dublin Port’s decision to temporarily limit the number of cruise ships using its docks from this year to 2023 has drawn more than enough wails of protest from business groups.

Retail Excellence joined the chorus on Wednesday, pleading with the State company responsible for the Republic’s biggest port not to “sink Ireland’s cruise ship tourism industry”.

The company is taking these steps so it can reinvest to ensure the port can handle increased volumes of freight, particularly as more ships will come direct from the continent after the UK leaves the EU. The plans do include improved cruise ship facilities designed to boost this business.

The State entity pointed out last week that cruise ships accounted for a small share of tourism, namely 265,000 of the 9.9 million that came here in 2017 and 197,000 of the 6.4 million visitors to Dublin last year.

On that basis, the fall in the number of cruises docking in the capital means potentially around 21,000 fewer visitors from this source next year, and 84,000 less each year from 2021 to 2023.

While the cuts between those years seem drastic, on balance it is fair to reduce this already limited element of tourism for the longer term sake of a port whose activities benefit the entire nation, not just businesses exposed to holiday-makers.

If Retail Excellence is seeking threats to tourism it should remember that their numbers collapsed a decade ago because the Republic got too expensive. Given that those disembarking cruise ships in Dublin will get little change from €10 for a coffee and a sandwich, the lobby group should ask if things are once again looking overpriced.