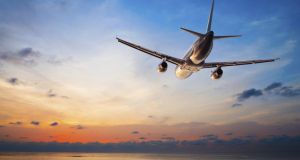 One of China’s largest banks is establishing an aircraft leasing arm in the Republic.

Aircraft finance specialist Bank of Communications Financial Leasing (JY Aviation), is opening its European headquarters in Dublin, from where it will manage 21 aircraft.

The company is the leasing arm of Bank of Communications, one of the Asian country’s biggest finance institutions, which is headquartered in Shanghai.

Luo Le, who is heading up the Irish operation, said the bank planned to add another 15 to 20 craft to its fleet through acquiring them, by sale and leaseback arrangements or financial lease.

He added that the company was in the process of recruiting staff for commercial, technical and legal roles.

Bank of Communications Financial Leasing is the third such operation lured to the Republic by industrial development agency IDA Ireland in the last 18 months.

ICBC Leasing established its European headquarters in Dublin in 2012. The company manages more than 360 aircraft from its Irish operation.

It is the leasing arm of ICBC Bank, the world’s biggest bank by total assets and capitalisation and one of China’s Big Four state-owned commercial financial institutions.

CDB Leasing also established its European headquarters in Dublin in 2012. It too manages a large fleet of aircraft from the city.

Its parent is one of China’s policy banks and operates under the direct jurisdiction of the state council of the People’s Republic of China.

On the latest recruit to the Republic’s aircraft finance sector, Eileen Sharpe, director of IDA growth markets, noted that the Chinese aviation market was one of the fastest-growing in the world.

“The arrival of such major financial institutions into Ireland will allow IDA to market Ireland’s offering to this sector more widely in the Asia-Pacific region,” Ms Sharpe said.