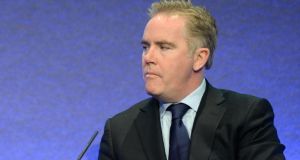 Avolon chief executive Dómhnal Slattery was in flying form on Friday as he regaled an Institute of Directors lunch in Dublin on the hurdles he faced in getting his aircraft leasing business off the ground a decade ago.

Slattery noted how, in September 2008, he was poised to sign a term sheet with a private equity group in New York for $250 million to start Avolon when Lehman Brothers went bankrupt.

In 2011, Avolon needed to raise more capital and, in the week that it hired Citibank for this, the European sovereign crisis began. In December 2014, it listed on the New York Stock Exchange. In the roadshow leading up to the IPO, the sector traded down 10 per cent due to a number of factors.

A year later, Avolon was taken private by China’s HNA Group at $31 a share, delivering a 55 per cent equity return to its shareholders.

Such is Avolon’s success that it has developed a “strategic HR” plan to “embed a deep learning culture” into the organisation.

It is about to announce a partnership the leading French business school Insead that will provide each staff member with ongoing education on an annual basis, costing €10,000 per person each year. That adds up to €2.7 million annually.

Having lived in Hong Kong recently, Slattery told guests at the lunch that Ireland should focus on selling food and tourism to China’s 1.4 billion population but said the State needed to beef up its diplomatic and trade representation there, arguing that Denmark’s was 100 times larger than ours.

He has also lobbied for more than a year for Hainan Airlines, which is part of HNA Group, to launch direct flights between Beijing and Dublin.

“The final approval by the Chinese government is pending. The airline wants to do it.”

Given his success with Avolon, despite the various hurdles in his way, you wouldn’t bet against Slattery pulling it off.