All-out strike at Bus Éireann likely after collapse of talks

Management says company could be insolvent by May 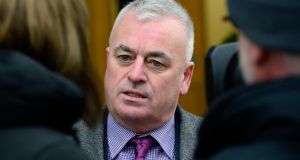 An all-out indefinite strike in Bus Éireann, which could spread to other parts of the public transport sector, now seems likely after the collapse of talks on Tuesday aimed at resolving the financial crisis at the company.

The board and management of the State-owned transport company are expected to consider on Wednesday whether to press ahead with highly controversial cuts to staff earnings as part of a survival plan.

Unions representing the 2,600 staff at the company warned of an all-out strike if Bus Éireann moved unilaterally to impose cuts to pay.

The unions also suggested that any strike at Bus Éireann could have consequences across the public transport network.

Unions urged the Government to engage with a dispute which they said could cause misery for the travelling public and those working in the transport industry.

However, Bus Éireann acting chief executive Ray Hernan said that, given the current scale of losses, the company was now facing insolvency at some time in the month of May.

He said any strike would exacerbate the company’s financial position and make its continued existence more precarious.

“We estimate the cost of a strike will be €500,000 per day. We also face the possibility of losing customers.”

Speaking after the collapse of the talks at the Workplace Relations Commission, he said the trade unions were not prepared to negotiate on any measures that impacted on the terms and conditions of their members. 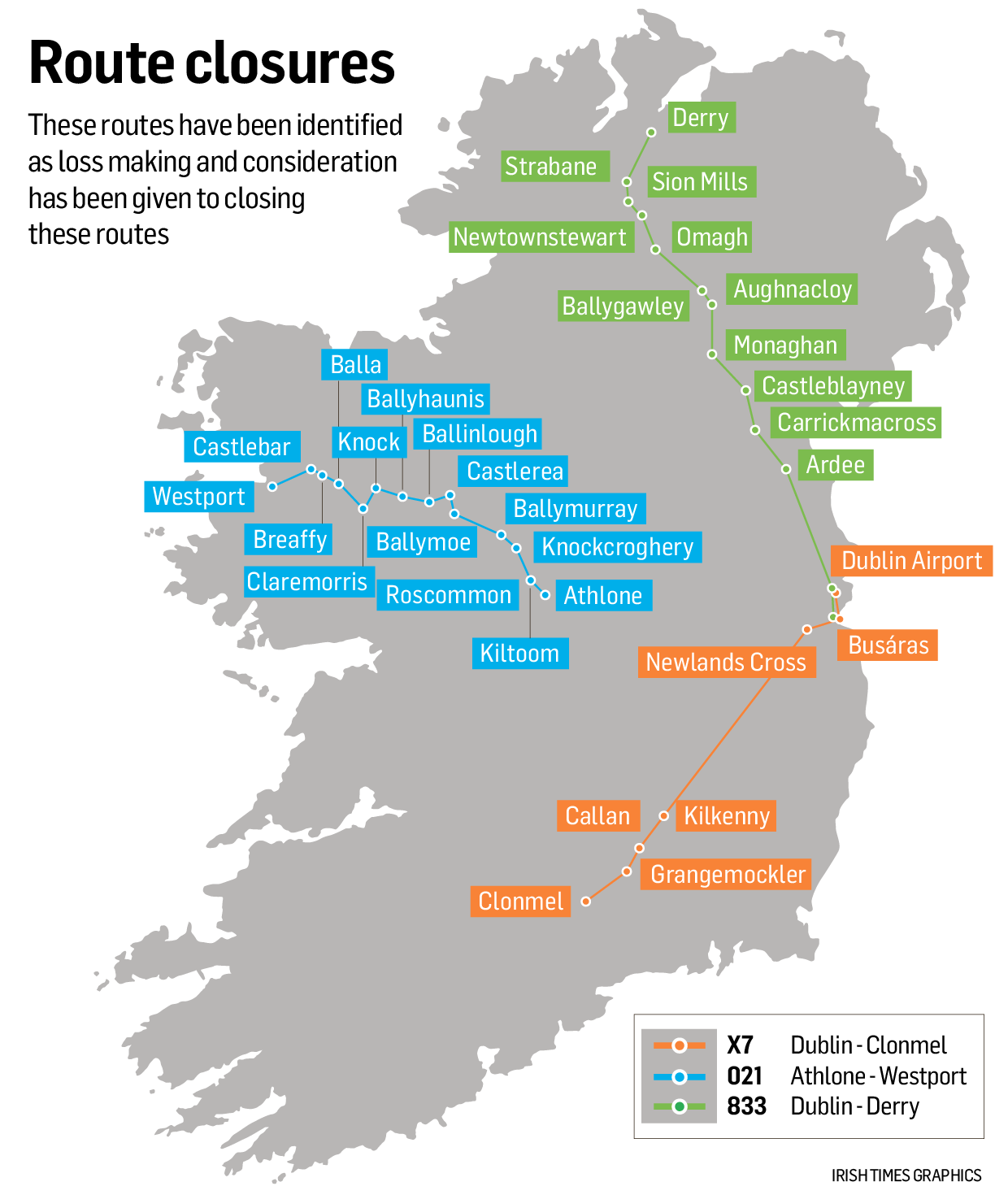 He suggested that there would have to be pain for staff if Bus Éireann was to be saved.

“The company does not see how it can avoid insolvency without those terms and conditions being considered at this point in time.”

He also said the company would now move to implement its plans to close three existing routes: Dublin-Clonmel, Athlone-Westport and Dublin-Derry.

However, he said he did not have a date as yet for the closure of these services as the company was still in talks with the National Transport Authority about maintaining connectivity.

He said other routes would be reviewed and if they were found to be unviable, hard decisions would have to be made.

However, he said there were no plans for further route closures at present

“What led to the collapse was an unreasonable demand that no worker should have to put up with and that no semi-State worker has had to put up with before. We cannot magic up €12 million in payroll savings overnight.

“We will not accept our members having to subvent a company that needs proper subventing that it is not getting.

“We will not subsidise a €12 million deficit that the company claims is there.”

NBRU general secretary Dermot O’Leary said the agenda of the company going into the process was to cut wages for staff by €8,000 or €9,000 a year, and this had not changed during the talks.

Mr O’Leary said it was a shame that a State company would stoop to the level of reducing the wages of their employees as part of a race to the bottom.

He said it was anticipated that the company would make some announcement on its plans for the cuts in the coming days.

“If they do, and all union colleagues are at one on this, there will be an all-out bus strike and there will ramifications and consequences across the transport network.”

A spokeswoman for Minister for Transport Shane Ross said he was disappointed at the collapse of the talks and that all parties now need time to reflect.