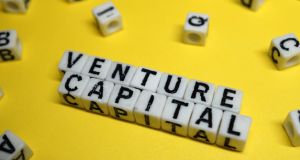 Venture capital investment in Irish small and medium sized businesses grew by 11 per cent in 2019, according to new figures from the Irish Venture Capital Association (IVCA).

The fourth quarter provided a welcome boost to figures, with €253 million in investment recorded, compared to €115 million for the same period in 2018. Growth was seen across all deal sizes during the year, IVCA director general Sarah-Jane Larkin said.

Technology companies raised 87 per cent of total funding last year, with software companies raising 39 per cent of funds in 2019 followed by life sciences at 20 per cent. The fintech and cybersecurity sectors also performed well.

“While 2019 was below the peak of €994 million in 2017, a small number of large deals can have a significant impact – overall it is encouraging to see growth over last year,” said Neil McGowan, chairman of the IVCA. “We hope that the impressive fourth-quarter results suggest that continued momentum.”

Mr McGowan said the growth had extended into seed or early stage companies, with funding up 55 per cent to €76 million in 2019, with Enterprise Ireland’s new €175 million Seed & Venture Capital Scheme starting to have an impact on the market.

Ms Larkin pointed to the rise of 175 per cent in the value of deals between €5 million and €10 million, a category that saw funding grow to more than €100 million in 2019 across 16 companies. That compares to €37 million in 2018, when five companies in that category availed of funding.

“This is important as these amounts are typically raised by scaling companies who are at a critical stage in terms of expansion in employment and revenues,” Ms Larkin said. “At a time when a programme for government is being considered, it is important that policymakers recognise the need to help create the right environment for local entrepreneurs to build a knowledge-based indigenous Irish economy.”

1 Google tells workers to return to country where they are employed
2 Sean Quinn stunned at rebranding of Quinn Industrial Holdings
3 Probate is changing: What does that mean for you?
4 Will tracker mortgage be at risk if Ulster Bank closes?
5 Google ups bid to clinch approval for $2.1bn Fitbit takeover
Real news has value SUBSCRIBE