Bolt was set up seven years ago by a 19-year old Estonian student and is now worth €1.7bn 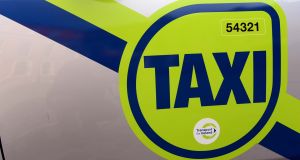 About one-third of the taxis signed up so far for Bolt’s Dublin service are electric or hybrid vehicles. Photograph: Eric Luke / The Irish Times

Bolt, a taxi-hailing app to rival Uber and Free Now, enters the Irish market on Thursday. The company is due to launch services in Dublin, with plans to extend its rollout to other cities next year.

The service, founded in 2013 by then-19-year-old Estonian tech entrepreneur Markus Villig, has signed up more than 1,000 drivers in the capital, who will pay it a commission of 10 per cent for each fare booked through the app. This compares with the 15 per cent commission drivers pay rivals such as Free Now.

Bolt, which was valued at €1.7 billion in a fundraising earlier this year, claims about 30 million users and operates in 150 cities, mostly in Europe and Africa. As well as its taxi app, the company also rents out electric bikes and e-scooters and has a food delivery division, Bolt Food.

Luke Mackey, Bolt’s country manager for Ireland, says the company has no plans to launch its food delivery service in Ireland. However, the company intends to launch e-scooter rental services in Dublin once the machines are fully legalised and regulated in this market.

“It looks like there will be some form of licensing regime for e-scooter rental. We are definitely interested in it,” said Mr Mackey. The company provides the service in about one-third of the cities in which it operates, and is investing €100 million in e-scooter rental across its network.

The company’s taxi app will initially be marketed through cut-price promotions, and in partnership with digital payments platform Revolut, which has 1.2 million Irish users including more than 500,000 in Dublin.

Bolt, which is among the top three taxi apps in London, is attempting to carve out a market niche for itself by trumpeting its green credentials. The company says it purchases carbon credits – investments in environmentally friendly activities such as tree planting – to offset all of the customers’ journeys undertaken on its network in Europe. About one-third of the taxis signed up so far for its Dublin service are electric or hybrid vehicles.

Bolt is launching in Ireland with just a handful of operations staff, but Mr Mackey said employment numbers will be scaled up as it expands services here.