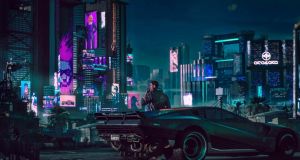 Gnet Studios has worked on major games, including Call of Duty and Cyberpunk 2077.

Dublin headquartered video games specialist Keywords Studios has agreed to buy Gnet Media in a deal worth up to $32 million.

The US-based company provides marketing services to the video games and entertainment industries and has worked on franchises as Call of Duty, Fallout, Gears of War, and Destiny.

Clients include games publishers Activision, Microsoft, Bethesda and Bungie as well for media and entertainment companies such as Netflix, Amazon Prime, and NBC Universal. Gnet employs 85 staff. For the calendar year to December 31st 2021, revenues are expected to be around $20 million, with earnings before interest, taxation, depreciation and amortisation around $3 million.

Under the deal, Keywords will pay initial consideration of $14.4 million in cash, with the equivalent of $3.6 million in new ordinary shares paid on the first anniversary of the acquisition. Deferred consideration of up to $14 million will be payable in a mix of cash and shares, based on performance targets being met.

“With its well established position as a valued partner to some of the biggest names in video games, and from its home in Hollywood, gnet brings the number of Keywords specialist marketing studios to seven. Combined, Keywords’ annual marketing services revenues are now over €35 million with more than 180 people employed globally.”

Keywords Studios published a trading update this week that estimated adjusted profit before tax for the year to December 31st 2020 would be significantly ahead of expectations at €52 million. The consensus forecast was for €46 million, while 2019 recorded €40.9 million.

“We strongly believe that this strategic union will combine the powerful momentum of gnet together with vast reach and strength of Keywords existing operations,” said Gnet’s David Getson. “This not only leads to an exciting future for all our employees as part of a rapidly growing and increasingly influential global company, but it also enables Gnet to service our clients in a much more comprehensive way than ever before.”