Dublin-headquartered chipmaker is snapped up by Nasdaq-listed company 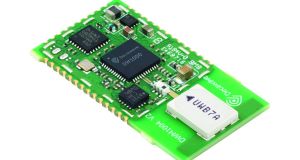 Irish chipmaker Decawave has been acquired by Apple supplier Qorvo in a deal estimated to be worth about $400 million (€363 million).

Founded in 2007 by Ciarán Connell and Michael McLaughlin, the Dublin-headquartered company provides ultra-wideband wireless technology through a low-power chip that can identify the specific location of any object indoors to within a few centimetres.

Qorvo is a North Carolina-headquartered maker of radio-frequency semiconductor components, that derives about a third of its annual revenue from Apple. The Nasdaq-listed company, which is seeing strong growth on the back of sales of 5G handsets, late on Wednesday announced third quarter revenue of $869 million (€789 million).

Qorvo said it had entered into definite agreements to acquire both Decawave and Custom MMIC, a Massachusetts-headquartered company. It said the company is spending a combined $500 million on acquiring the companies but did not provide any further breakdown. However, industry sources said that the lion’s share of the spend was on Decawave with the deal for the Dublin-based company valued at about $400 million.

“Every single investor in Decawave has made money on this deal,” said Mr Connell, who is chief executive of the business. The acquisition is believed to be one of the largest – if not the largest – exit by an Irish technology company to date.

Qorvo said the acquisition gave the group access to “a new and rapidly growing market”.

Ultra-wdieband is a radio technology, like Wi-Fi, that is commonly described by techies as being like “bluetooth on steroids”. The technology, which is based on the IEEE 802.15. 4 standard, provides superior location accuracy, both indoor and outdoor.

It also allows bidirectional communication of data between devices. Apple recently included the technology in its U1 chip, which is included in it latest smartphone, the iPhone 11.

The company announced 100 new jobs two years ago after a $30 million fundraise led by Atlantic Bridge.

The last publicly available accounts for Decawave show losses rose to $10.9 million in 2018 from $5.9 million a year earlier as turnover slipped to $9.12 million from $10.6 million.