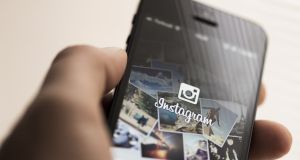 Instagram is expanding its TikTok copycat to new countries, with the Republic set to get access to the video sharing feature.

Instagram Reels, which was launched last year in Brazil before being extended to Germany and France in June 2020, and India in July, allows users to create 15-second multi-clip videos, adding audio and visual effects before sharing them with their followers or the wider Instagram community. It is now being rolled out to more countries, including Ireland.

The new feature is similar to TikTok’s service, which has proved popular with younger users.

Instagram will have a music library available for users to add to their video clips, or they can use their own custom audio. Different augmented reality effects will also be available, created by both Instagram and content creators, with users also getting access to stickers, text and other visual effects.

Those using Reels will also be able to use the timer and countdown functions to record clips hands-free, speed up or slow down clips, and line up objects from the previous clip when linking several clips together.

The move will put Instagram and Facebook in direct competition with TikTok. Owned by Chinese company Bytedance, TikTok has hit the headlines in recent months for a variety of reasons. The popular video creation app has attracted the ire of US politicians, and in particular president Donald Trump, who has given the company until September 15th to sell off its US business or face being banned on national security grounds.

The Trump administration has been weighing whether to direct China-based ByteDance to divest its stake in TikTok’s US operations, according to several people familiar with the issue. The US has been investigating potential national security risks due to the Chinese company’s control of the app.

Microsoft is now in talks to buy the US operations of TikTok, giving it a way into the popular social media space.

1 Probate is changing: What does that mean for you?
2 Sean Quinn stunned at rebranding of Quinn Industrial Holdings
3 Will tracker mortgage be at risk if Ulster Bank closes?
4 Dublin Aerospace takes over Flybe’s aircraft servicing base at Exeter Airport
5 Makhlouf secures UK pension on top of €286,800 Central Bank role
Real news has value SUBSCRIBE