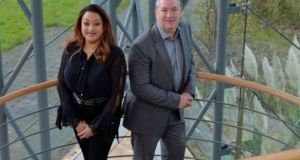 The Navan-based payment technology provider reported a 76.5 per cent rise in turnover to €11.1 million even as it made a €2.5 million pretax loss, which it attributed to an expansion of its point of sale (POS) terminals business.

The latest accounts include an exceptional expense of €666,100 relating to the repayment of employment grants received from Enterprise Ireland.

Ecomm, which was founded in 2014 and employs 119 people, earlier this year raised €3.1 million through a share issuance. It has recently applied for an e-money licence from the Central Bank to allow it to trade without disruption regardless of whether a Brexit deal is concluded.

In a note included with the accounts, Ecomm said it expects to become profitable in the coming years.

“The group made a significant loss in the current year, which was expected due to the significant expansion of the POS side of the business...despite the loss, the directors are confident in the long term prospects of the business,” it said.

Ecomm, which was last year included in Deloitte’s “Fast 50” list of technology companies, is still led by the Morans, who earlier this year concluded the sale of Prepaid Financial Services to Australian company EML Payments.

EML originally agreed to pay A$453.6 million(€274 million) for Prepaid with an additional earn-out component of about €60 million. However, it secured a €105 million reduction on the purchase price earlier this year due to “economic realities” brought about by the Covid crisis.

1 Trump vs Biden: Stakes are high for the Irish economy
2 Tighter regulations for car makers will drive buyers to choose electric
3 Bought a desk or a chair? Revenue rules out tax relief for home workers
4 Will remote working become the norm?
5 Kennedy Wilson sells Baggot Plaza for $165m
Real news has value SUBSCRIBE