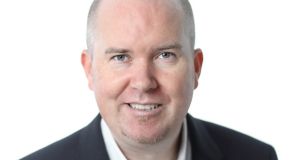 Blueface has announced the appointment of Gavan Smyth as chief executive officer.

Alan Foy is stepping down as CEO after 11 years and will continue his relationship with the company as chairman. Mr Foy will now focus on managing his impact investment VC firm VentureWave Capital.

Mr Smyth is a former vice president of product and vice president of strategic marketing with Liberty Global based in Amsterdam, where he was responsible for the delivery of B2B products and digital marketing strategies to 10 operations across Europe.

Prior to this he led the Virgin Media business in Ireland for nine years as vice president of business services, delivering double digit revenue growth each year.

“We are delighted to attract someone of the calibre of Gavan Smyth to lead the Blueface team at an important and exciting time for the business,” said Mr Foy.

“We have grown the team significantly in the current year to drive our product roadmap and serve the demands of an expanding global customer base.

“Gavan’s product and international expertise will enable Blueface to optimise on the further international and domestic opportunities for the business.”

Mr Smyth said the prospect of leading the company was “a very exciting one” which he was looking forward to.

“The company has come a long way in a relatively short period of time and I believe, with the offering it has for the market, it has a really great future,” he added.

In January, Comcast announced it had completed the acquisition of Blueface. Since then, Blueface has added more than 70 new roles to the team in Dublin in areas including software development, engineering, programme management, and sales.