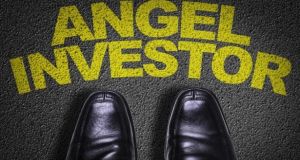 Hban investors have ploughed more than €120 million into Irish start-ups since it formed 14 years ago.

Investors associated with the Halo Angel Business Network (Hban) put in over €14 million across 59 deals during 2020 with a further €40.5 million in funding leveraged by deals in which it participated.

While the amount raised by start-ups from angel investors was down versus 2019, when €16.8 million was spent across 66 deals, it compares favourably to 2018 when €9.3 million was invested in 44 companies.

Established in 2007, Hban is an initiative of Enterprise Ireland, InterTrade Ireland and Invest Northern Ireland that serves as a go-between to bring start-ups and investors together.

The average angel investment deal size last year was €250,000 and companies working across medtech, ICT and manufacturing were the ones to receive the most funding.

Among the companies to receive backing from Hban investors last year were digital pathology start-up Deciphex, which raised €5.2 million with other backers including Act Venture Capital; insolvency tech company Cerebreon, which secured €1.69 million; and Westport-based Payslip, which received €2.7 million in investment.

Business angels are typically former entrepreneurs and other high-net-worth individuals who have experience and networks available to assist start-ups to grow and accelerate their business development. Hban managed to attract over 100 new investors to its network in 2020, a year which also saw the formation of a new Co Kerry-based angel grouping.

Hban holds its annual conference on February 11th at which it will be looking to attract more investors. The event, to be held virtually, is expected to attract at least 300 attendees.

“As Irish start-ups continue to contend with the reality of Level-5 restrictions, there is an immediate opportunity for current and prospective angel investors to drive a new wave of innovation forward,” said Hban director John Phelan.

“History shows us that some of the most successful and innovative businesses are founded during recessions and difficult trading times,” he added.

Hban investors have ploughed more than €120 million into Irish start-ups since it was formed 14 years ago.