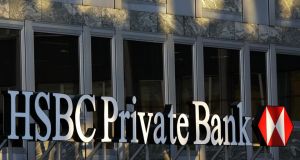 The Swiss banking sector and its famous or infamous secrecy laws have been under pressure since the global financial downturn as governments around the world found it more and more difficult to justify not taking firmer action against tax evasion.

A number of high-profile controversies, including the purchase by the German tax authorities of bank data stolen by an employee from Credit Suisse, and disclosures to US authorities by former UBS banker Bradley Birkenfeld about the bank’s efforts to target US citizens, have helped to highlight the role played by Swiss banking in international tax evasion.

The European Union had introduced the European savings directive in 2005 which provided for information-sharing among most EU member states, with which the Swiss agreed to co-operate to the extent of applying a withholding tax on interest paid on EU residents’ accounts.

Then in 2010 the US introduced the Foreign Account Tax Compliance Act, which put pressure on banks outside the US to comply with the reporting obligations outlined in the US law.

bastien Dubas, a financial reporter with the Swiss newspaper Le Temps said yesterday, the Swiss people felt bullied by the US to comply with something that was not a legal obligation for them, but “everyone knew they had no choice”. It was felt it was impossible for the Swiss banks to defy US law.

A new measure, the common reporting standard, developed through the Organisation for Economic Co-operation and Development, is designed to introduce a more general global automatic exchange of financial information from 2018, and has been putting further pressure on Switzerland.

People felt the measure would damage the Swiss banking sector, said Dubas, but in fact deposits and employment have remained level over the past number of years, even as the sector has been preparing for the new rules.

“That was quite a surprise. The banks have managed well up to now but there is always the question of what will happen tomorrow.”

He said the banks have been telling foreign customers to either come clean with their home tax authority or close their accounts. Many, he said, are choosing the stay option, probably because of Swiss stability and the service offered by Swiss banking. Bankers he spoke to yesterday, he said, believed the leaked HSBC files painted an accurate picture of how Swiss banking might have been back in the mid-2000s, but a lot had changed since.

-based analyst with the Tax Justice Network, had a different take. He said deposits in private banking in Switzerland were up since the financial crisis because the sector had decided to turn away from middle-class customers from the US and Europe and focus more on very wealthy clients from emerging economies. “The Swiss have been very effective at looking like they are active with reform, but it is not true.”

He said the Swiss have fought hard within the OECD against the common reporting standard and have succeeded in watering it down significantly.

The authorities outside Switzerland have since the late 2000s had ample evidence to support charges that Swiss banks were aiding and abetting people in tax evasion “but on average that has not happened”.

While France, Belgium and Argentina are now investigating HSBC’s activities on the basis of the HSBC data, he does not believe there is any stomach for such action in Germany.

The purchase by the German authorities of stolen Swiss bank data had a diplomatic fallout, with the Swiss trying to extradite the German officials involved and a Swiss disinclination to co-operate with Germany on certain judicial matters. The storm is now showing signs of passing, but Meinzer thinks the Germans do not want to risk another row.