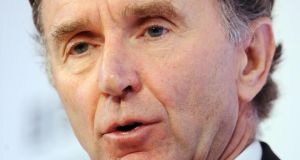 Former HSBC boss Lord Green is to step down from a financial services industry body amid claims the bank enabled tax dodging while he was in charge.

Chairman of the organisation’s board Sir Gerry Grimstone said: “Stephen Green is a man of great personal integrity who has given huge service to his country and the City.

“He doesn’t want to damage the effectiveness of TheCityUK in promoting good governance and doing the right thing so has decided to step aside from chairing our Advisory Council. This is entirely his own decision.”

Sir Gerry will take on Lord Green’s role alongside his current position. Lord Green, who was chairman of HSBC between 2006 and 2010, has been under pressure to explain behaviour at the bank’s Swiss arm.

The files, which cover accounts with HSBC Private Bank in Geneva holding more than $100 billion, have led to investigations around the globe resulting in massive tax settlements.

Information passed to the Revenue Commissioners has led to 20 tax settlements here for a total of more than €4.5 million since 2010.

1 Why are markets booming when a crash is on the way?
2 Columbia Sportswear defies gloom with first Irish standalone shop
3 Nine more suing INM and Leslie Buckley over alleged data hacking
4 Home or car: what’s the best use of my savings?
5 Restaurants file court actions against insurers over lockdown losses
6 Brexit: System agreed for Irish goods to skip checks on UK trade
7 VAT cuts are for businesses – consumers will still pay the same
8 Artists need to put a stop to the firehose of ‘free’
9 EY prepares for backlash over Wirecard scandal
10 David McCullagh announced as co-host of RTÉ Six One News
Real news has value SUBSCRIBE