Cuts to bonuses and profit distributions to partners among measures implemented 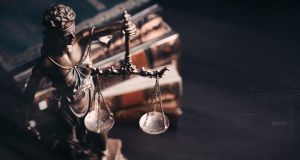 Top law firms McCann FitzGerald and William Fry have implemented pay cuts for their lawyers, while Arthur Cox has decided that staff won’t receive bonuses this year as the Covid-19 pandemic has resulted in less work for the firms.

McCann FitzGerald has implemented a 20 per cent reduction in working hours and salary for most of its staff except for those who earn below €38,000. This will apply for a four-month period.

No staff member’s salary will fall below €38,000 under the regime while holiday entitlements for staff have not been impacted.

The firm said it had experienced a “significant contraction in demand for some services”, resulting in the introduction of a number of interim measures to “protect all jobs”.

A spokesman for Arthur Cox said pay cuts had not been implemented but bonuses would not be paid this year while so-called partner distributions had been “significantly reduced”.

“Partners will therefore bear the brunt of the adjustments we are making, which is appropriate given that they are the owners of the business,” he said.

Arthur Cox said a “small number of support staff on fixed-term contracts” had been let go. The firm has introduced a voluntary scheme for staff who wish to apply for career breaks, reduced working weeks or term-time work.

William Fry said remuneration cuts of up to 20 per cent had been introduced for its highest earners. These are among a range of temporary cost-cutting measures to manage the financial impact of the pandemic, with the firm’s managing partner, Bryan Bourke, adding that its priority was “ to protect all jobs”.

The measures include a reduction of its discretionary costs, earnings cuts and the deferral of profit distributions – “scaling up to 20 per cent for those on the highest fixed-income bands”, according to a spokeswoman.

A&L Goodbody, the biggest law firm in the Republic by solicitor numbers, and Matheson, another leading firm, declined to answer questions on remuneration put to them by The Irish Times.

“Matheson does not comment on its staff or related policies,” the firm said.

Between them, the five firms employ 1,370 practising solicitors. A&L Goodbody is the biggest by practising solicitor numbers with 313. The firm overtook Arthur Cox as the State’s biggest last year, according to figures from the Law Society of Ireland for 2019.

Similar to accountancy firms, the law firms take on a significant volume of graduates each year. Arthur Cox said its programme would continue as planned and that the group of trainee solicitors that were due to start at the firm in May would go straight to Blackhall Place in September.

McCann FitzGerald said a shorter summer internship programme, which is its main graduate recruitment initiative, would be run in a virtual format over the coming months. “On-campus activities scheduled for later in the year will be developed in line with university and college guidance,” the firm said.

Matheson, A&L Goodbody and William Fry did not comment on their graduate schemes.

1 Aldi empire wracked by family feud
2 NatWest considers closing Ulster Bank in the Republic
3 Will PTSB be Ulster Bank’s knight in shining armour?
4 NatWest confirms review of Ulster Bank as Covid-19 bites
5 TikTok to be banned from US app stores from Sunday
6 Cliff Taylor: What permanently low interest rates mean for you as a saver or borrower
7 Volkswagen close to selling its Bugatti supercar brand
8 EU signals late call on Apple tax appeal as deadline looms
9 What’s happening with the pandemic unemployment payment?
10 Gabriel Makhlouf: ‘A full second lockdown would be very serious for the economy’
Real news has value SUBSCRIBE