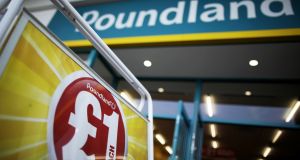 Steinhoff International’s European retail unit, which runs the Pepco and Poundland/Dealz discount chains, is attracting interest from buyout firms, people with knowledge of the matter said.

Advent International and Partners Group Holding are among private equity firms considering bids for Pepco Group, said the people, who asked not to be identified because the information is private.

Steinhoff has been gauging interest from potential buyers alongside its preparations for an initial public offering, the people said.

Steinhoff is seeking to value Pepco Group at more than €4 billion ($4.4 billion) in any sale, two of the people said. No final decisions have been made, and there’s no certainty the buyout firms will proceed with formal offers, the people said.

Steinhoff, the scandal-ridden South African retailer, said in November it’s evaluating strategic options for Pepco Group including a potential listing. The business, formerly known as Pepkor Europe, has about 2,700 stores in 14 countries.

Pepco Group is run by Andy Bond, the former chief executive officer of UK supermarket chain Asda. Its operations include the Pepco discount clothing and decor chain, which has a presence in eastern European markets like Poland, Romania and Bulgaria.

The company also runs Poundland stores in the UK, where most items are sold for one pound, and Dealz outlets in Ireland, Spain and Poland.

Bond said in September he expects the company’s earnings before interest, taxes, depreciation and amortization to rise about 18 per cent in the latest financial year.

Earnings before interest, tax, depreciation and amortisation (Ebitda) for the year ended September 2019 is estimated between €320 million and €330 million, he said.

Any transaction would add to the $249 billion of private-equity deals announced in Europe over the past year, according to data compiled by Bloomberg. Advent completed its £4 billion ($5.2 billion) takeover of UK defence supplier Cobham this month. – Bloomberg

1 Corona beer firm reeling after 8% slide due to coronavirus
2 Life as a Facebook moderator: ‘People are awful. This is what my job has taught me’
3 Pharma giant AbbVie warned Government against ‘unfair’ €572m tax bill
4 Tyrone offsite building firm attracts multimillion investment
5 How well paid do you think you are? Here’s how to work it out
6 Coronavirus: ‘All bets are off’, says aircraft industry chief
7 Bank leaked my loan request to family who tried to rip me off
8 Coronavirus and the etiquette of working from home
9 High time: Netherlands moves to clean up absurd cannabis policy
10 What is at stake for Ireland in the new Brexit talks ?
Real news has value SUBSCRIBE