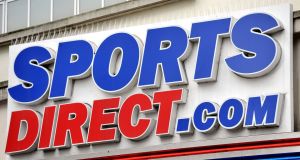 Sports Direct, the British sportswear retailer controlled by founder Mike Ashley, reported a 22 per cent rise in first-half core earnings, as it stemmed losses in its premium unit which includes fashion store Flannels and House of Fraser.

The group also repeated its belief that it would not be on the hook for any “material liabilities” from a €674 million bill it received from Belgium’s tax authority in July.

Mr Ashley used the results as an opportunity to attack his rivals, regulators and politicians over some of the scandals that have unravelled at businesses where Sports Direct had been a shareholder, including Debenhams and Goals Soccer Centre.

“He clearly has zero awareness of the fact we are one of the very few groups, and also one of the first, to have a workers representative as a statutory director of the group.”

The chief executive also added that a planned meeting with shareholders from advisory group Pirc was scrapped due to Jeremy Corbyn making “it completely untenable for anyone associated in any way with the Labour Party — or any of its key supporters and supporting organisations — to be allowed access to such key and confidential meetings and the information divulged within them.”

Looking ahead, Sports Direct said Britain’s recent election result would mean less market unpredictability and that efficiency measures it was taking meant it was well-placed for sustainable growth.

Underlying earnings (EBITDA) including acquisitions for the six months to October 27th came in at £181.2 million pounds (€217.5 million) compared to the £148.8 million it made in the same period last year.

Sports Direct has grown by acquisition in recent years, most notably buying the troubled House of Fraser department store business in 2018. It said the premium unit, which also includes upmarket fashion store Flannels, improved in the half year from a £29 million loss to a £5.6 million loss.

A 71 per cent rise in earnings in its European retail business also helped boost the half-year outcome, the company said.

“This is showing the improved product mix we are getting access to driving higher margins with less units, together with improved processes and procedures driving efficiencies, is showing tangible results,” the company said in a statement. – Reuters/PA