Profile: Who are Nama NI appointees named by Wallace? 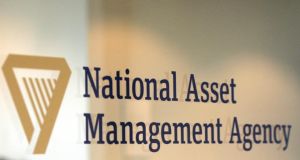 Brian Rowntree and Frank Cushnahan were appointed to the Nama advisory committee for Northern Ireland. Photograph: The Irish Times

The two former members of Nama’s Northern Ireland advisory committee, named by Mick Wallace in the Dáil on Thursday, are well-known figures in the North who have held important public positions there over the years.

Brian Rowntree CBE has been an independent member of the Northern Ireland Policing Board and as a civil service commissioner has held appointments in housing, criminal justice, health and further education as well as chairing corporate governance forums both in Northern Ireland and on a cross-Border basis.

Frank Cushnahan CBE is banker by profession who is an independent corporate financial and management consultant.

He has held a number of executive and non-executive positions in the private and public sectors including chairman of the Department of Finance, chairman of the Belfast Harbour Commissioners and a director of the Office of the First and Deputy First Minister in Northern Ireland.

He was awarded his CBE for his services to the Northern Ireland economy.

Both Mr Rowntree and Mr Cushnahan resigned from their positions with the Northern Ireland Housing Executive in 2012.

Mr Rowntree had been chairman of the executive.

Mr Wallace said they resigned after a report from the Northern Ireland auditor’s office found guideline breaches within the executive in the conduct of at least 27 land deals, the executive being given wrong information in relation to property deals, and land deals being transacted below market value.

In 2010 Mr Rowntree and Mr Cushnahan were appointed to the Nama advisory committee for Northern Ireland and reappointed in June 2012, in the weeks immediately preceding the publication of the auditor’s office report on the housing executive.

Mr Wallace has questioned why they had remained on the Nama committee after the publication of the report.

Mr Cushnahan resigned from the Nama committee in late 2013.

Mr Rowntree remained on the committee until it was disbanded.

The bulk of Nama’s loan portfolio linked to property in Northern Ireland was sold the following year in 2014, in a process that began with the appointment of advisors for the sale in January.

The property was sold to US investment house Cerberus, with the deal being announced in April and closed in June.

The loan book with a nominal value of £4.5 billion was reportedly sold for approximately £1.5 billion and was Nama’s largest sale at the time. The advisory committee was disbanded after the sale.

The Belfast law firm, Tughans, was involved in the Nama transaction.

Mr Wallace said a routine audit of the firm found £7 million on deposit in an Isle of Man account “reportedly earmarked for a Northern Ireland politician or political party”. Tughans has denied Mr Wallace’s allegation.

The firm has said that a former partner diverted professional fees to an account to which he was the sole beneficiary and that this partner has since left the firm. The money has been retrieved.

Tughans said it reported the circumstances of the departure of the former partner to the Law Society. The practice is not linked to any political party nor has it ever made party political donations, it said.

Tughans did not say what work the money related to.

The law firm is a well-known commercial law practice that is known for playing leading roles in major transactions in Northern Ireland.

Its managing partner up to January of this year was Ian Coulter, a former chairman of the Confederation of British Industry in Northern Ireland who has a track record in large merger and acquisition transactions and who played a role in negotiations with the government in London over Northern Ireland corporation tax policy.

The current managing partner is Patrick Brown, a former hockey international who is considered a market leader in dispute resolution and litigation.

Tughans said it has reported the issue of the offshore account to the Law Society of Northern Ireland.

A spokesman for the society said it does not comment on whether or not there is an investigation in relation to any individual matter lest that might compromise any such investigation.

“This is without prejudice to whether or not there is an ongoing investigation into the particular matter in question.”