Retailer, known as Penneys in Ireland, will cover the wage component of clothing orders that were scheduled for shipment before being cancelled 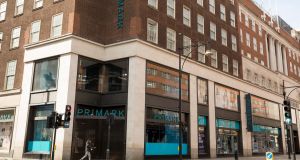 Primark has set up a fund to pay the wages of factory employees who worked on clothing orders that were cancelled by the budget fashion chain because of the coronavirus pandemic.

The retailer, known as Penneys in Ireland and owned by Associated British Foods Plc, said it would cover the wage component of clothing orders that were scheduled for shipment within 30 days after it called off all deliveries. The fund will support workers in Bangladesh, Cambodia, India, Myanmar, Sri Lanka and Vietnam.

Primark has closed all its shops across Europe and the US following the outbreak of the virus, costing it £650 million ( million) of lost revenue a month. After the store closures, it asked all of its suppliers to stop production.

The retailer has already paid for stock that was in stores, in depots, or in transit before it took the decision to scrap further orders.

Paul Lister, general counsel at Primark, said its in-country teams were already working to identify the factory staff who should benefit from the fund. The move will cost Primark millions of pounds, he said.

Payments to workers will be adjusted to reflect any government support packages provided in each of the countries.

Paul Marchant, the Dublin-based chief executive of Primark, said the retailer had no choice but to cancel the orders as it already had a backlog of stock in stores. “Finding a way to ensure that workers in our supply chain in these countries are paid has been a priority over the past two weeks.” - Bloomberg