Court hears of concerns company had sought to ‘contrive’ insolvency 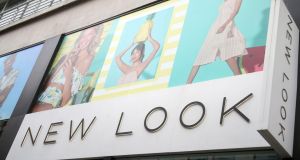 An application to confirm the appointment of an examiner to the Irish arm of the fashion retail chain New Look has been adjourned at the High Court following concerns from landlords.

Kelley Smith BL, for the company, secured an adjournment on Wednesday of the application from Mr Justice Denis McDonald to allow her side to reply to affidavits provided on behalf of the landlords.

Rossa Fanning SC, for a number of landlords, said the company had cash reserves of some €15.6 million on the date the petition for examinership was presented last month and was not insolvent.

His side was very concerned about pre-petition liabilities and that the company had withheld rent payments to landlords when it had resources to make the payments, he said.

The landlords are concerned the company had sought to “contrive” insolvency for the purposes of using examinership to reduce its long-term liabilities even though its business was profitable for the last two financial years, he outlined.

They believed the company was seeking “to ride on the coat-tails” of a Company Voluntary Arrangement voted upon on Tuesday in England in respect of which the parent company did much the same thing, counsel said.

The judge adjourned to September 29th the application to confirm the appointment of Ken Fennell, of Deloitte, as examiner. Court protection and Mr Fennell’s appointment as interim examiner continues until then.

New Look Retailers (Ireland) Limited, which operates 27 stores and employs 475 people, sought examinership last month due to financial difficulties and losses caused by the fallout from the Covid-19 pandemic. At the August hearing, Mr Justice Max Barrett said he was satisfied to appoint Mr Fennell as interim examiner, noted the company’s financial difficulties and that an independent expert was of the view it has a reasonable prospect of survival as a going concern if certain steps are taken.

In seeking Mr Fennell’s appointment, Ms Smith said, in the recent past, the company had been profitable but, like many other businesses, had been badly hit by the Covid-19 pandemic. Its stores were closed after the country went into lockdown in March and reopened on a phased basis from June.

The company had suffered losses due to the closures and reduced footfall in its stores, and, as things stand, expects to be cash flow insolvent and unable to pay its debts as they fall due by October, counsel said.

Its biggest creditors are Revenue and its landlords, the court heard. As part of the proposed examinership process the company will be seeking reductions on its leases, which may have to be repudiated, the court was told.

Ms Smith said the independent expert’s report showed appointment of an examiner to put together a survival scheme was in the best interests of all stakeholders, including the firm’s 475 employees. The report stated all the relevant stakeholders would fare much better through a successful examinership process compared to liquidation, she added.