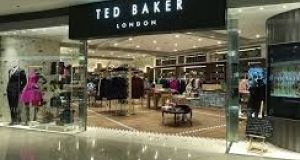 The company, known for suits, shirts and dresses with quirky details, said the value of stock on its balance sheet was overstated by £58 million

An accounting scandal at Ted Baker is more than twice as big as initially estimated, the British fashion retailer said on Wednesday, adding to a stream of bad news over the past year and sending its shares down as much as 10 per cent.

The company, known for suits, shirts and dresses with quirky details, said the value of stock on its balance sheet was overstated by £58 million (€52.3 million) as at January 26th, 2019, more than double its preliminary estimate of up to £25 million.

Ted Baker, which has not revealed the reasons for the overstatement, said a review by business consultants Deloitte had largely been completed and it planned to update the market further at its preliminary results, expected in late March.

The overstatement was disclosed in December, weeks after the company appointed Rachel Osborne as its new finance head. She was named acting chief executive officer later that month after the surprise exit of Lindsay Page.

It is the latest in a string of setbacks in the last year, including profit warnings, a decision to suspend dividend payments, and management changes after misconduct allegations against founder and top shareholder Ray Kelvin, which he denies.

Ted Baker shares have lost more than 80 per cent of their value since December 2018, when the allegations about Mr Kelvin’s habit of hugging colleagues were first made.

The accounting scandal comes as Britain’s store groups struggle with subdued consumer spending and a switch to more shopping online.

Ted Baker reiterated there would be no cash impact from adjustments to the value of prior year inventories.

The company in December appointed law firm Freshfields Bruckhaus Deringer to undertake an independent review of the overstatement alongside Deloitte.